Winter Children and Other Chilling Tales … 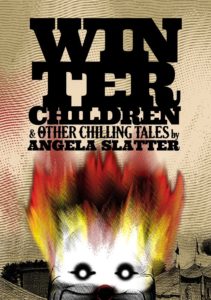 … is shipping out and selling fast! From the PS Publishing newsletter:

Angela Slatter’s WINTER CHILDREN AND OTHER CHILLING TALES arrived just yesterday and we’re hoping to send out pre-orders this coming week. If you remember, we’ve just done the one edition of 200 signed and numbered copies. They’re selling fast, understandably so, given the praise it’s been receiving from some of the genre’s heavy hitters.

âAngela Slatterâs stories are enviably original, and told in prose as stylish as itâs precise. Not just disturbing but often touching, her work enriches and revives the tale of terror.â ~ Ramsey Campbell

âAngela Slatter is an international treasure. She blends horror, fantasy and fairy tale to create something entirely fresh, but which feels too like the nightmares half-forgotten when you were a child.â ~ Robert Shearman

You can order it here if you’re so inclined. It is a reprint collection, except for “The Red Forest” and a little seen tale called “Pale Tree House”, but it’s also the first book collecting my proper horror tales!