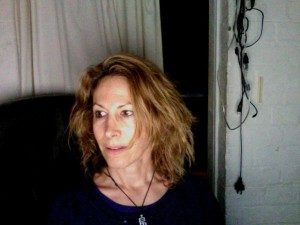 JS Breukelaar’s Aletheia is one of the finest, strangest novels I’ve read in a long time. There’s bone and blood magic in it, and it drips strangeness. Highly recommended.

She’s resident of Sydney, Australia via San Diego, New York and New Zealand. Born in Berkeley, Ca. PhDâed here in Sydney, where she writes and teaches.

Her first novel, American Monster, came out February 2014 from Lazy Fascist Books. Her work has been shortlisted or nominated for the Varuna HarperCollins Manuscript Award, the Roffey Prize, Ellen Datlowâs Best Horror List, the John W Campbell Award, the Millions Award and others, and has appeared in Juked, Prick of the Spindle, Fantasy Magazine, Go(b)et Magazine, New Dead Families, Opium Magazine, and in anthologies such as States of Terror II, Women Writing the Weird I and II, and Les Editions du Zaparogue, among others. She also writes for online literary and culture journals like The Nervous Breakdown and Pop Matters.

1. So what should new readers know about JS Breukelaar?

Iâm an expat author (US born) living in Sydney with my two and four-legged family. Aletheia is my second published novel. The first was American Monster, and before that I released a small collection of short stories and poems with the author Sebastien Doubinskyâs collective, Les Editions du Zaparogue. Aside from that, Iâve published a few dozen short stories in magazines like Gamut, Lightspeed, Lamp Light and others, a handful of poems, and a bunch of essaysâIâm a columnist and instructor at LitReactor.I have a PhD in Creative Writing and Film Studies and I teach literature and writing here in Sydney and overseas.

2. What was the inspiration for Aletheia? 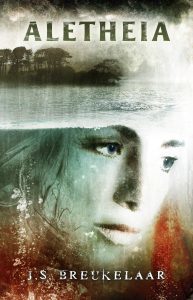 Aletheia is like one of those long love-hate letters you write to a friend or relative or someone from your past with whom itâs complicated, and you should never send, because it doesnât resolve anything. But you send it anyway. I grew up in a small lake town like Little Ridge, and so I guess that was the first inspiration. But also memory and parenthood and loss.Â  And the fall-out from science and art.

3. When did you first decide you wanted to be a writer? Was there a particular story you read that sparked your interest?

I can name one story in particular â Joe R Lansdaleâs âGodzillaâs Twelve Step Programâ that could possibly have pushed me over the edge, or maybe it was William Gibsonâs âFragments of a Hologram Rose,â or âThe Belonging Kindâ with John Shirleyâ¦Â  but anyway, I was that kid who knew early on that she was going to be a writer.Â  I had a fifth-grade teacher, who I wrote about here, to whom I owe the crystallization of that knowledge. Rob Spillman at Tin House gave me a volume called Fantastic Women, with stories by Karen Russell, Aimee Bender and Kelly Link, and these all fired me up. John Gardnerâs Grendel was one of those, âI need to do this or die trying,â moments. Denis Johnson taught me that dialogue wasnât for pussies and Dennis Lehane dangled perfect structure in front of my nose and Iâm still chasing it. So, no, Not one particular story. I live in the shadow of them all.

4. What can you tell us about your previous novel, American Monster?

American Monster is a science-fiction horror novel about a dystopian California traversed by a daemon named Norma. Normaâs handler is a deep space entity called Mommy, and Mommy is bonkers. When Mommy was still a whole planet instead of the brain-dead black hole she is now, a winged, horned alien crash-landed on her surface and she never forgot it, and now she wants him back. So sheâMommyâs not really a she, more like an ITâ sends Norma to earth to retrieve the horned alien, but anatomy was never Mommyâs strong point, and she gets the location of the horn, um, confused. So poor Norma is cursed with a predatorial sex drive, congenital loneliness and a fatal susceptibility to the human condition. In other words, she falls for earth. Hard. Beginning with a likeable screw-up called Gene, but just as critically with a street kid called Raye, who knows her way around Spill City much better and more dangerously, than any fourteen-year old should. 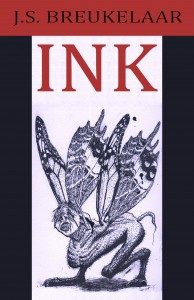 6. Who are your literary influences?

7. Name five people youâd like to have dinner with? Dead or alive (keeping in mind that the dead ones will be cheaper dates).

You knew I was going to say Barak and Michelle, right? So that doesnât count. Peter Straub, and Stephen King. Together of course. But Iâd be puking in the bathroom, and Iâd miss the whole thing and just be left with the check. So that doesnât count either. Shirley Jackson. Prince. Miguel Cervantes. Theyâre the dead ones thatâd make up for Straub and King.

8. Your workâs been described as âWeirdâ – what constitutes weird fiction for you? 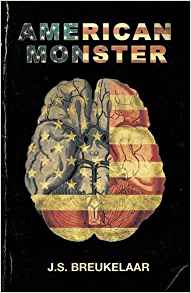 I really hesitate to say. I was surprised to be described as weird. I didnât think I was until the word was kind of wafted in my general direction. Probably because of an uncategorisable element in my fiction due in part to my affinity with characters and desires at the edge of things. Or, in Aletheia, for instance, Nose Island that is both there and not there. Iâll take it, anyway.Â

If I had to say, Iâd speculate that Weird fiction edges ever closer to the dread undecidable in its plot, its characters, its setting, and its unsettling resolutions. Weird fiction, like Blackwoodâs âThe Willows,â can be a choked-off scream, or like Kelly Linkâs âThe Hortlak,â be a dense-dark fantasy that makes you smile when you want to cry or like Stephen Graham Jonesâs âLittle Lambs,âfind a chilling connection in the void. So for me, The Weird tends to inhabit a zone just outside of fear and tainted by a strange lovesicknessâjust beyond the campfire ring, but not quite at the edge of the forestâa place where you were always headed, and from which thereâs no turning back, not because you canât but because maybe you donât want to.

One of my favorite heroines is Shirley Jacksonâs Eleanor from The Haunting of Hill House, Jeffrey Fordâs Emily Dickinson from his story, âA Terror,â and Josh Malermanâs Malorie, from Bird Box. Villains â thatâd have to be Judge Holden from McCarthyâs Blood Meridian. 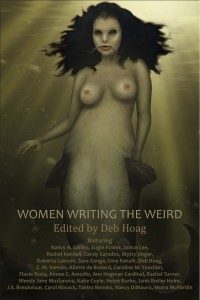 10. Whatâs next for JS Breukelaar?

Iâm late with a collection of short stories also for Crystal Lake Publishing. I have a couple of stories dropping in Gamut and an anthology called Welcome to Dystopia later in the year. There is a collaborative thingie in the works with a great author-friend of mine I canât talk about right now. Iâm working on another collection and concentrating on writing the stories for that. And in July I begin a new novel.