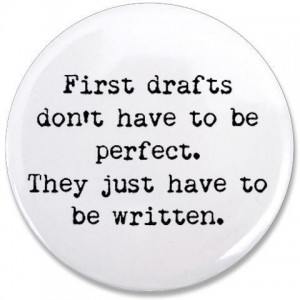 Working on the second half of the novel (now known as Hallowmass instead of Brisneyland by Night) the last four days and it feels like banging my head on the wall. I have to keep in the front of my brain that the first half has been worked over four or five times, so it’s purdy. It reads well and hangs together elegantly.

This current lot (I’m editing a 14k chunk today) is … ugly. Really, really ugly. But that’s okay, that’s what editing is for.

Then when I’ve done this edit I’ll set the ms aside to percolate and I’ll go over the first half of the Bitterwood Bible and Other Recountings ms and start getting it into shape to move on to the next stage (writing the last half of that book).

This entry was posted in News, On Writing: General and tagged Bitterwood Bible and Other Recountings, brisneyland by night, hallowmass. Bookmark the permalink.