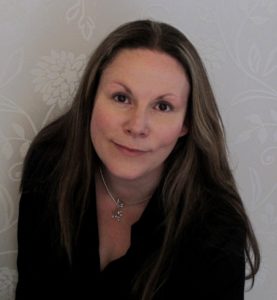 Alison Littlewoodâs latest novel is The Hidden People, set in Victorian rural society, and is about the murder of a young girl suspected of being a fairy changeling. Her other books include A Cold Season, a Richard and Judy Book Club selection; Path of Needles, a dark blend of fairy tales and crime fiction; and The Unquiet House, a ghost story set in the Yorkshire countryside. Alisonâs short stories have been picked for several âYearâs Bestâ anthologies and she won the 2014 Shirley Jackson Award for Short Fiction. She lives in a house of creaking doors and crooked walls in Yorkshire, England, and has a penchant for books on folklore and weird history, Earl Grey tea and semicolons. Visit her at www.alisonlittlewood.co.uk.

1. First of all, what do new readers need to know aboutÂ Alison Littlewood?

Iâm a horror/dark fantasy/just plain weird writer (take that how you will, ha har), hailing from Yorkshire, England. I had a busy year in 2016 with the launch of my sixth novel, The Hidden People, a short story collection called Quieter Paths and a book called Five Feathered Tales, which was produced in collaboration with a talented illustrator friend, Daniele Serra.

2. What was the inspiration forÂ The Hidden People? 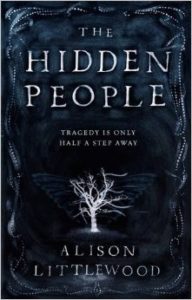 Iâve been obsessed with fairy tales for a long time, and I love how the âlittle folkâ used to be represented in the older lore â sometimes benevolent and sometimes wicked, so that any encounter with them could be perilous. One aspect I keep returning to is that of changelings, where fairies steal someone away and replace them with an old worn-out fairy or stock of wood, bewitched to look like them. Itâs an incredibly creepy idea, that the person sharing your house or your bed isnât who you think they are.

There was a case in 1895 where a woman was burned to death on her own hearth because her husband accused her of being a changeling and apparently tried to scare it away. The Hidden People takes a similar murder as a starting point. A rational Victorian man of the city goes off to a little rural village to investigate what happened to his cousin, and soon comes into conflict with the old superstitions, even beginning to wonder if the âhidden peopleâ really do live in the hollow hills.

3. How does it differ from your previous novels?

Itâs the first book Iâve set entirely in a historical era and the first one Iâve set in Victorian times, so the research was vital. I thought at first it would be onerous, but I rather fell in love with it. Itâs also a more complex book, in that I was halfway through it when I realised there was a whole other layer of events going on in Halfoak village than Iâd suspected. I chose to write it in Victorianesque prose, so the language was really important too. 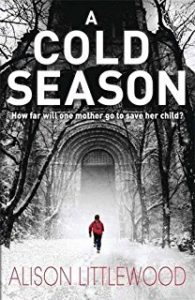 Well Iâve been reading a lot of Victorian fiction to stay immersed in that era, but I also love keeping up with contemporary writers working in the genre. Recent reads include Sarah Pinborough, Joe Hill, Kate Farrell, Paul Tremblay, Ralph Robert Moore, Simon Bestwick, Jason Arnopp and Tim Lebbon. I love all things fairy tale related, including your work Angela, and Iâm currently dipping into some Swedish stories I hadnât come across before. I also enjoyed Paula Guranâs Beyond the Woods: Fairy Tales Retold.

Iâve heard someone describe it as a âstrange kind of sicknessâ, which probably sums it up! I didnât particularly set out to write horror. I didnât even used to be a major fan of the genre â I pretty much read anything and everything I got my hands on. But when I started writing I got excited by the weird and strange ideas that started popping into my head. I think itâs the mystery at the heart of it all that attracts me, the questions we just canât answer. Horror looks at some of the fundamental questions of life (and death), so while itâs often relegated to a dusty shelf at the back of the bookshop, I see it as being central to what it means to be human.

6. What was the inspiration behindÂ Path of Needles? 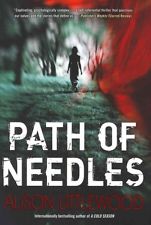 That was really the gruesome and grotesque nature of some of the early fairy stories. They can be gloriously cruel and bloody, and yet it all seems safe because it takes place in the distant world of fairy tales. I kept thinking, âWhat if this was to happen in our world?â And that led me to write a combination of fairy tale and crime fiction. Thereâs a serial killer staging crime scenes like some of the early versions of the stories we think we know, but at the same time slightly off-kilter things are happening, as if the investigator is being drawn into a fairy tale of her own.

I really canât. I think deep down, every story probably made me want to be a writer. But I thought of it as something other people did, and not really a possibility for me. Reading On Writing by Stephen King started the process of making me think otherwise. Some of the first stories I fell in love with though were Hans Christian Andersenâs fairy tales. I cried over The Little Mermaid so many times, but loved it as well. Theyâre just so beautiful and magical.

Well after the above I would definitely say Stephen King. On Writing was important to me but his were also some of the first horror stories I read, unless you count some of Andersenâs fairy tales! I love the mythic depths in Neil Gaimanâs work, as well as his capacity to write childrenâs fiction, adult fiction, non-fiction, graphic novels or whatever he feels like turning his hand to. Dan Simmons is the master of conjuring a sense of place. Shirley Jackson is wonderful at building a creeping sense of disquiet in subtle layers. And the late Graham Joyce was a big influence, not just because of his wonderful, magical, generous novels, but because he was a lovely person who gave me some great advice when I was starting out.

Only five? Argh! Iâd take The Road by Cormac McCarthy, Oscar and Lucinda by Peter Carey, Wuthering Heights by Emily BrontÃ« and Neverwhere by Neil Gaiman, as well as a huge book of folkloric short stories, The Faery Reel, edited by Ellen Datlow and Terri Windling. Of course, my list would probably be different if I wrote it tomorrow. And Iâd still try and smuggle in my Kindle. 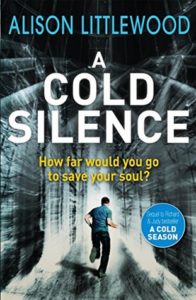 Iâm currently working on the next novel, The Crow Garden, which is a journey through Victorian mesmerism, sÃ©ance rooms and lunatic asylums. Thatâs pretty much occupying my time at the moment, as Iâm not good at multi-tasking when it comes to writing! I have also been working on a novella about photographing fairies, though, which keys into the incidents at Cottingley in the early twentieth century. Some short stories are scheduled to appear in anthologies this year, the first of which is Murder Ballads from Egaeus Press, which I believe a certain A. Slatter will be appearing in too . . . What comes after that is kind of an amorphous mist which will probably evaporate if I try and put it into words too soon!