And Then interviews: Lucy Sussex 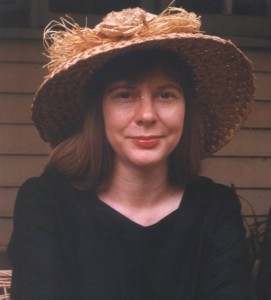 Today, And Then author Lucy Sussex talks about “Batgirl in Borneo”.

Going to Borneo for a very inter-cultural wedding, and finding a fascinating diversity, of fauna, flora and people. And then missing an encounter with Islamic terrorists
by just two days.

Rewriting the discourse of Borneo by writers like Agnes Keith, into
something that reflected the changes in the place, its complexity, and
its uncertain future.

Space, and narrative progression without a mass of wordage threatening
to collapse upon the reader.

Examining the hidden discourse of gay men around the time of the Oscar
Wilde trial.

Lucy Sussex was born in New Zealand. She has edited four anthologies, including Sheâs Fantastical (1995), shortlisted for the World Fantasy Award. Her award-winning fiction includes books for younger readers; and the novel, The Scarlet Rider (1996; reprinted 2015). She has five short story collections, My Lady Tongue, A Tour Guide in Utopia, Absolute Uncertainty, Matilda Told Such Dreadful Lies (a best of), and Thief of Lives. Her latest book is Blockbuster: Fergus Hume and The Mystery of a Hansom Cab (Text, 2015). It won the history section of the Victorian Community History Awards on Monday.

This entry was posted in News and tagged A Tour Guide in Utopia, Absolute Uncertainty, And Then, Blockbuster: Fergus Hume and The Mystery of a Hansom Cab, Clan Destine Press, lucy sussex, Matilda Told Such Dreadful Lies, My Lady Tongue, She's Fantastical, The Scarlet Rider, Thief of Lives. Bookmark the permalink.