Back on the Mainland!

Just back from 13 days touring around Tasmania with the Tech Support Badger! 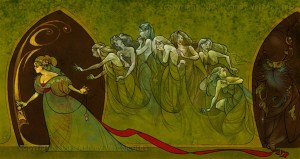 Much to catch up on – sooooooo much.

But until I manage to get organised, here are links to the delightful Haralambi Markov’s dissection of The Girl with No Hands and Other Tales.

Lovely news to hear is that Mr Peter Tennant has listed Lisa’s and my Midnight and Moonshine as one of his fave books from 2013, which is also nice.

And! Tartarus Press are releasing Strange Tales IV on 20 of January! Another gorgeousÂ 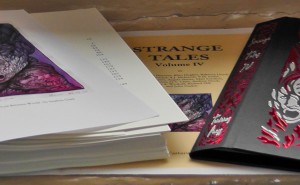 cover (Stephen J Clark artwork) and a great ToC of which I’m proud to be a part! ‘The Badger Bride’ is from my new collection The Bitterwood Bible and Other Recountings.

âLeaf and Thorn’ by Christopher Harman
‘The Secret Passage’ by Rhys Hughes
‘Gone to the Deep’ by Rebecca Lloyd
‘You Promised You Would Walk’ by John Howard
‘Forth’ by A.J. McIntosh
‘Preservation’ by V.H. Leslie
‘The Man Who Wore His Fatherâs Clothes’ by Andrew Apter
‘The Badger Bride’ by Angela Slatter
‘The Amber Komboloi’ by Matt Leyshon
‘For a Last Spark of the Divine’ by Mark Francis
‘The Recovery’ by H.V. Chao
‘Drowning in Air’ by Andrew Hook
‘The Homunculus in the Curio’ by Jason A. Wyckoff
‘Time’ by Richard Hill
‘The Memento Mori’ by John Gaskin

That is pretty much the royal sampler of news for the moment!Â

This entry was posted in News, On Writing: General and tagged angela slatter, Bluebeard, Lisa L Hannett, Midnight and Moonshine, Peter Tennant, tartarus press, the badger bride, the bitterwood bible and other recountings, The Girl with No Hands and Other Tales, The Living Book, ticonderoga publications. Bookmark the permalink.