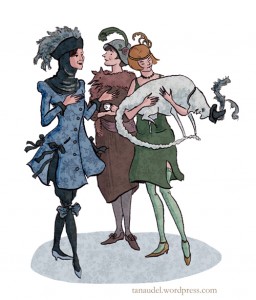 The wonderful and surreal writing of KJ Bishop has brought us, among other things, the World FantasyÂ  finalist The Etched City and the Aurealis Award winning That Book Your Mad Ancestor Wrote, as well as short stories in venues such as The New Weird, Last Drink Bird Head, and Fantasy Magazine. She is also a talented sculptor, and was kind enough to answer a few questions for me.

1. What was the story/book that made you think ‘I want to write!’?
There were a few that got me fiddling around with writing, but the one that made me seriously try was M. John Harrison’s story collection Viriconium Nights. I found it in a secondhand bookshop, loved it, wanted more, and couldn’t find anything else remotely like it. That was when I figured that if I wanted something that perfectly suited me as a reader, I might have to write it myself.
Â

2. You’re self-publishing and doing it right – everything about That Book Your Mad Ancestor Wrote is professional – it’s indistinguishable from a book produced by a trade publisher. What made you decide to go the road of the indie author?
Firstly, thanks! It’s purely an experiment. There was no chance of a major publisher taking an interest, and I thought why not give DIY a go? This seemed the book to try it with, since most of the stories are previously published, so they’d already had editorial review (though I had some wonderful beta readers too) and exposure to readers. And since collections don’t sell as well as novels, the stakes are lower than if I’d tried it with a novel. It’ll be out there for the rest of my life, all rights mine, and hopefully selling when I publish other things.

3. Your writing is very rich, rather baroque – who would you say are your fiveÂ 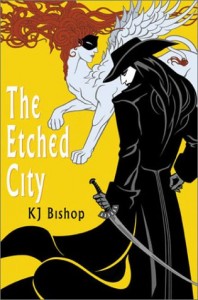 biggest literary influences?
Oh boy, that’s tricky. I only get five? It’s hard to answer because different stories have different influences. Michael Moorcock in a big way, and Harrison as I mentioned above — both in many ways, from writing craft to ideas about character and setting and what a fantasy narrative can do. Hugh Cook, author of the Chronicles of an Age of Darkness — the “W & W” books — I always loved his tough characters and earthy humour. Richard Calder’s cyber-rococo prose was probably the biggest Casanova that seduced me towards ornate writing. Surreal literature in general, from Lautreamont’s Les Chants de Maldoror, which just knocked my socks off when I read it, to Surrealism proper, to more recent writers whose work has a surreal quality, like Rikki Ducornet and Jeff Ford. (For any fellow fans of the surreal, I’d like to mention Penelope Rosemont’s Surrealist Women: An International Anthology; it’s a goldmine.) Myth / fairytale / folklore — I love the persistence of folklore, the way those stories can survive so long and keep blood pumping through a vein of enchantment in the world. I think that’s six. Six is the new five, ok?

4. What is it that attracts you to that Surreal side of writing?
The free play aspect, mainly – both the process and the results. The opportunity for surprise and novelty to happen, and the enjoyable flow states that can occur when I’m writing in a surreal groove. For me it’s a joyful approach to writing, whatever the subject matter.Â

5. The stories in That Book Your Mad Ancestor Wrote cover a period from 1997 onwards – what was the impetus for putting together this collection?
Just to make them easily available to readers who might be interested, and I guess also for the satisfaction of having them in a book.
Â 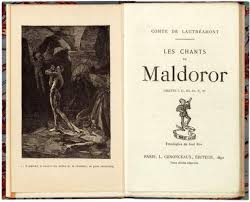 6. When youâre in the mood to read, who is your first choice?
Right now it’s Casanova. I’m reading his memoirs, which are wonderfully entertaining, but also very long, so I take breaks and read other things – otherwise I might be reading nothing but old Cas for the next five years.

Â 7. Five authors, living or dead, youâd invite to dinner?
If I’ve been mad enough to invite five writers over, they might be Leonora Carrington, Rachilde, Isabelle Eberhardt, man of mystery Isidore Ducasse, and Casanova, if he’d do me the honour of making time in his schedule.

9. Are there any of your own characters that you think you’d like to revisit in longer form at some point?
No one right now, but there are a couple of characters in Mad Ancestor who possibly have some more story in them – Molimus from Saving the Gleeful Horse, and the Marquis. But I’m happy for any of my characters to call on me, if they’re so inclined.

I’m working on a strange kind of science-fantasy with another writer, Preston Grassmann, who I met in Bangkok a few years back. I’ve got a couple of other writing projects, best described as nebulous vapours that I keep fitfully patting at in hope of coercing them to take on the shape of novels. And I’ve also been getting into bronze sculpture. I’d like to do more of that, and also try other materials.
Â 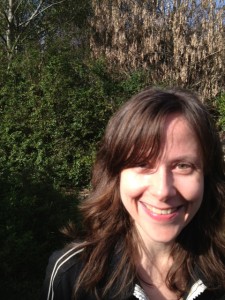