Dreaming in the Dark: Brisbane Launch 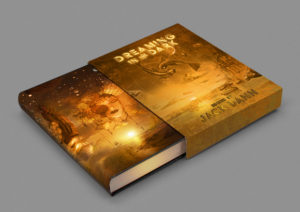 Oh, poor neglected blog, don’t worry. I’m home now for months on end and I swear I’ll not neglect you for a long while.

Which brings me to: the Dreaming in the Dark launch! In Brisneyland!

The launch is on next week, Thursday 8 December at Dymocks in the City, from 6pm-8.30pm.

Welcome to the undiscovered worlds of some of the most talented authors working in Australia…authors who are making rules and breaking rules.

Garth Nix dishes up the dirt on those pesky super-heroes while Sean Williams shows you that matter transmission is more frightening than you ever thought possible.

Paul Brandon explains the nature of fallen angels and love while James Bradley dreams about Mars and the fate that awaits all cultures.

Discover hot new writer Rjuik Davidson’s world of ice and betrayal and Terry Dowling’s melding of graffito with the art of magic. 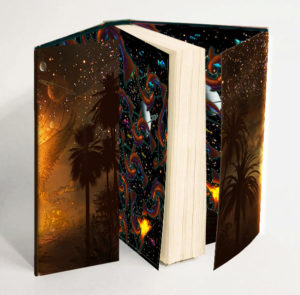 Lisa Hannett will give you a glimpse of the mating rituals taking place on an alien world, and Jason Nahrung will show you an Australia you’ve never even dreamed of; and in case you’re interested in discovering the shape of eternity, take a trip to Adam Browne’s “Liquid Palace” and the tiny eyeship sailing within.

And the fabulations by featured writers Kim Westwood, Sean McMullen, Angela Slatter, Richard Harland, Venero Armanno, Rosaleen Love, Alan Baxter, Anna Tambour, Janeen Webb, Kirstyn McDermott, Kim Wilkins and Simon Brown, all of whom will amaze you, terrify you, make you see the world under new lights, and carry you away to new realms of experience.

Books will be available to purchase on the night.