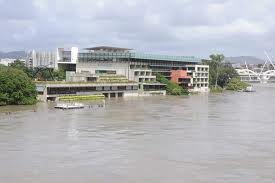 The start of the my 24HrBook story, Here Today:

A dirty beat, a lazy beat, a beat to settle itself beneath your skin and wriggle around for a while. The homeless guy beneath the spreading jacaranda was smacking out the rhythm on a homemade drumâan ice-cream bucket, family-sized. Vanilla.

Iâd been watching for two hours, almost. Listening just as long. Hadnât been watching the homeless guy, though Iâll admit Iâd given him a glance. Decided he wasnât quite right, then turned away. There were a lot of not-quite-right things going on, however, he wasnât one of the ones on my list. If he wasnât making troubleâthe drumming was quite soothingâthen I wasnât going to poke around.

Meanwhile, back to the watching. Iâd been staring at a space above the Brisbane River as it churned by, displaying all its forty-eight shades of brown. I couldnât help but notice that the rapidly thinning banks were restless with animals that usually stayed in the water: frogs, toads, fish, some snakes. All looking as distinctly unhappy as such critters are able. They didnât want to stay in their element. Something was coming and they knew it.

This entry was posted in News, On Writing: General and tagged 24hr book, brineyland by night, verity fassbinder. Bookmark the permalink.