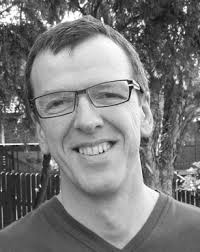 Thirty-four light years from Earth, the explorer ship Magellan is nearing its objective – the Iota Persei system. But when ship commander Cait Dyson wakes from deepsleep, she finds her co-pilot dead and the ship’s AI unresponsive. Cait works with the rest of her multinational crew to regain control of the ship, until they learn that Earth is facing total environmental collapse and their mission must change if humanity is to survive. As tensions rise and personal and political agendas play out in the ship’s cramped confines, the crew finally reach the planet Horizon, where everything they know will be challenged.

Keith took some time out to answer a few questions about Horizon.

1. So, what do new readers need to know about Keith Stevenson?

Well, Iâve pretty much immersed myself in science fiction for the last forty odd years and I really love sci-fi that takes place off-planet, presents real people dealing with believable science and technology and also tackles socio-political issues that are relevant to our times. If that sounds like something you love too, I have a debut novel I can recommendâ¦

2. What was the inspiration behind Horizon?

I tend to work off images and inspirations and Horizon came out of a strong image I had of an astronaut waking from some kind of hibernation and almost choking to death. It led me to ask a lot of questions about who she was, what was happening to her, what was her mission and where was she going. Iâd wanted to write a ârealâ sci-fi novel for a long time and Iâm a great believer in the power of the subconscious to react to our desires and wishes and offer up prompts to help us along the way. That image was the start and set me on the track not only to find out more about my astronaut but, as the story developed, to do a lot of research to build in believable science to make my spaceship and the voyage it takes as realistic as possible.

3. Tell us about the cover art. 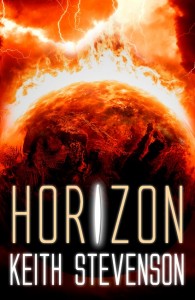 Itâs a great cover! Actually it wasnât the first option, but the folks at HarperCollins let me provide some suggestions. Itâs a (sort of) scene from the book so it fits in quite well, but given one of the main themes of the book is about planetary ecosystem collapse, I think it expresses that very well too.

4. What made you choose HarperCollins as a vehicle for Horizon?

Iâd been subbing Horizon around a few outlets over the years and come up dry, but when HarperVoyager announced their digital submission intake around October 2012, I sent the ms along and hoped for the best. If they hadnât picked it up I had thought to self-publish, but I guess I was lucky and itâs a real privilege to be published by the Voyager imprint. Theyâve supported so many Australian spec-fic authors over the years and published some great stories.

5. What are the challenge of being an editor who writes fiction … or a fiction writer who edits?

Ha! My partner often points out my poor spelling and grammar in my written work. As a writer I just get on and write, Iâm not âbeing an editorâ in the background, and I donât think I could write if I was. Of course I go back and edit my work as best I can but, like any other writer, Iâm too close to what Iâve written to really step back and I know I need an editor to look over it before itâs finally ready. As an editor I can be much more objective about the pieces I receive, and Iâm in a different mindset when it comes to grammar and punctuation!

6. How did your online magazine project Dimenson6 come about?

A few things came together to create D6. The last couple of books I published took me two years apiece and I just wanted something that would be a quicker turnaround project wise. I also wanted to tear down the paywall between readers and great Australian speculative fiction, not because I think all fiction should be free but D6 is about promoting great work and hopefully leading new readers to buy more of the same from other sources. The reaction has been great and weâve had over 800 downloads of the first three issues.

7. In general, who and/or what are your writing influences?

I grew up reading Philip K Dick, Isaac Asimov, Larry Niven, Cordwainer Smith, James Blish, William Gibson, Robert Heinlein, Iain M Banks, Stephen King and so many others. They all create believable worlds with real characters facing fantastic events or adventures. Some are more political, some more cerebral or emotional, some are just batshit crazy but they all tell great stories. Thatâs why people read them.

8. Who is your favourite heroine/hero in fiction?

Hari Seldon from the Foundation Trilogy was pretty cool: an amazing intellect who put in train a sequence of events to save humanity, despite the political machinations of those who opposed him. Thatâs pretty heroic.

9. Who is your favourite villain in fiction?

Right now itâs a character called Troels Volmar in the Lenticular Series books Iâm currently writing (see below). I like villains who arenât evil, but who are prepared to do what is expedient for the ‘greater good’ as they see it. It helps if theyâre incredibly clever, devious and calculating. Troels is a heavy hitter in all those areas. He does what needs to be done, because he believes itâs important to protect Earth at all costs. You may not agree with his methods, but youâd like him in your corner if push came to shove.

10. What is next for Keith Stevenson? 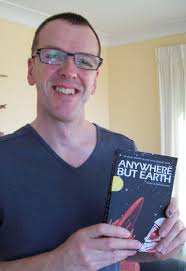 As soon as I finish the next lot of reading for Dimension6, Iâm back into my space opera trilogy The Lenticular series which is about an invasion by Earth of an alien planet, torture, degradation, space battles, escapes, redemption and revenge. Hopefully reading it is going to be as much fun as writing it is.

Refreshingly plausible, politically savvy, and full of surprises, Horizon takesÂ  you on a harrowing thrill-ride through the depths of space and the darkness of the human heart. Sean Williams, New York Times bestselling author of the Astropolis and Twinmaker series.