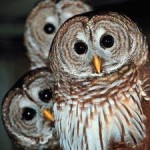 Jodi Cleghorn’s eMergent Publishing is bringing out its first commercial anthology (via the Literary Mix Tapes imprint), 26 spec-fic stories under the banner of Eighty Nine.

The theme is 1989 and the authors have woven into their stories cultural, political, social and personal events from that year.

To celebrate we are having an online launch party beginning 5pm (AEST) here on Facebook tomorrow, Tuesday 25th October. We’re also asking everyone to purchase their copy of the anthology via Amazon after 5pm tomorrow afternoon – in what is called a chart rush – in an effort to get the anthology as high up the Amazon charts as possible. http://www.facebook.com/event.php?eid=175234282561950

Just by RSVPing yes to the event you will go into running to win copies of the anthology. But I’m encouraging everyone to stop in and say hello on the wall. We’ll have all manner of hijnks organised – including a day and a bit of trivia questions.

If you are not Facebook fiends you can find more information via the website â including the links to Amazon in various countries. http://literarymixtapes.com/2011/10/21/official-launch-party/

The year the Berlin Wall came down and Voyager went up. Ted Bundy and Emperor Hirohito died. The birth of the first Bush administration and computer virus.

In San Francisco and Newcastle the ground shook, in Chernobyl it melted. Tiananmen Square rocked the world and Tank Man imprinted on the international consciousness. Communism and Thatcherism began their decline, Islamic fundamentalism its rise.

It was the year Batman burst onto the big screen, we went back to the future (again) Indiana Jones made it a trifecta at the box office and Michael Damian told us to rock on.

Based on a play list of 26 songs released in 1989, Eighty Nine re-imagines the social, political, cultural and personal experiences at the end of the decade which gave the world mullets, crimped hair, neon-coloured clothing, acid-wash denim, keytars, the walkman, Live Aid, the first compact disc and MTV.