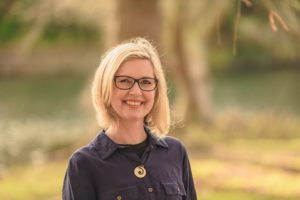 Jan Goldie writes books and short stories. Her latest creation is a childrenâs fantasy adventure about a boy called Brave and a girl named True. The book features a magical world, strange creatures and months of travel without a bath. Jan loves coffee, champagne and raspberries so she wouldnât last long on that journey. You can find out more about Jan and Braveâs Journey by visiting her websiteÂ www.jangoldie.com.

My story was inspired by award winning writers Lee Murray (Co-editor ofÂ At the Edge) and Piper Mejiaâs Shortcuts novellaÂ Mika, also published by Paper Road Press. I loved the feel of that story and how quintessentially New Zealand and M?ori values, symbols and objects were threaded through the narrative and voice. I wanted to write something with that same timbre. I also really wanted to give my character a kind of badass off world law enforcement vibe all her own. Hoping I achieved that!

The fact that these were Kiwi and Australian takes on speculative fiction. I loved the fact we were joining forces across the ditch to create and imagine and I salute the editors for pulling it all together. Plus, I relished the opportunity to have another go at horror. Iâd written a fairly placid, dystopian type story for the horror collection:Â Baby Teeth: Bite Sized Tales of Terror.Â This time I wanted to introduce a more defined horror element because I find writing horror really personally challenging. Essentially used to writing glass half full YA tales, it pushed my comfort zone a bit closer to the edge. And thatâs a good thing.

I like the element of self-delusion at the beginning of the process. Oh, you say to yourself, this is a short story. It wonât take long. Just 3000 efficient, sparkly, enticing words. So compact. So simple. And thatâs when the hard times begin. Rethinking ideas, revisiting characters, pacing them through action scenes because if they fall that way, itâs not going to work. How did you even think that would work? Hair is pulled. Doors are slammed. Words are said. Sanity unravels and you donât know what you were thinking to even attempt this bloody awful, terrifying, torturous piece of utterâ¦ but then you think up a cool ending and your character says something so snarky it makes you laugh. And before you know it, the short story has become a creature in its own right. Thatâs when you compartmentalise all your anguish and say âYep, I wrote that. Boom!â as if it was the easiest thing on earth to do.

Go Dog GoÂ by P.D. Eastman. Hello again! Hello! Do you like my hat?Â  I do not like your hat. Goodbye again. Goodbye.

Iâm about to return to working on a futuristic web series with two other writers. Itâs called âRe-levelutionâ and it’s a fictional story about New Zealanders confronting extreme global climate change. Set in a climate-damaged coastal NZ town, the countryâs largest port becomes a target for eco-terrorists following a political assassination. The story aims to focus on the human effects of climate change from a New Zealand perspective. Iâm also writing a middle grade fantasy story but itâs stalled!