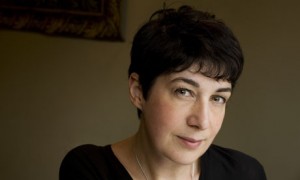 The lovely Joanne Harris talks about The Pied Piper, how horror lurks in the shadows of fairy stories, and the language of the subconscious.

ONCE THERE WAS a little girl, who lived in a village by a wood. She was very curious and always asking questions. She asked her nurse: âHow did you lose your eye?â

1. What is the fairy tale you remember most from your childhood ? the one that made the biggest impression on you?
The Pied Piper. Perhaps because the main character is such a sinister figure, nameless, appearing from nowhere, then vanishing into nowhere again, leaving nothing but unanswered questions and a story that lingers uncomfortably without a happy ending. But the ambiguity and the unanswered questions are part of my fondness for this tale, which seems to me to sum up perfectly our uncomfortable relationship with the world of magic and story, a relationship that combines longing and fear in fairly equal proportions.

2. Is there a natural link, do you think, between fairy tales and horror?

Very much so. Iâve always been very much aware of the dual nature of the world depicted in folklore. Horror lurks in the shadows of every fairy story, just as so much good fiction is ultimately about facing fear. Fairyland is a world away from the comfortable assurances of the Disney franchise. The fairy tales collected by Perrault and Grimm and Andersen, were all about facing the darkness; defeating monsters; bringing hope. Surely that was the purpose of those original fairy tales, devised as they were for an audience comprising mostly of adults; people whose lives were cruel and harsh, and who would never â even in fiction – have accepted to believe in a world in which the shadows did not at least occasionally rival the light.

3. Does your work usually play with fairy tale elements or is this a first for you?
All of my work has an element of folklore, fairytale or magic. In some books, itâs easier to find than in others. But we have a strong tradition of European folklore and fairytale, which, like the King James Bible and Beowulf, has influenced our literature in countless more or less subtle ways. Scratch the surface of the grittiest realism and youâll still find the same old monsters, maybe disguised as something else, but just as scary as ever.

4. What do you think the fairy tale form offers to writers and readers?
The fairy tale is in many ways the language of the subconscious. There is a wealth of tradition associated with it, which is why it feels so familiar, and the characters are archetypes, immediately recognizable. This gives the form, simple though it is, a curious kind of intimacy. Itâs a shared human experience dating back to the oral tradition and drawing on the most basic of human needs: the need for love to save us; for monsters to be overcome and for the chance to believe in something more than the mundane.

5. What is your favourite fairy tale trope/motif/element/character with

whichÂ  to work?
I like looking at the idea of magic in different ways. I think all magic is basically about change: the transformation of one thing into another, but also changing perceptions, seeing things in a different way. The language of magic is interesting; words like glamour, enchantment, charm all relate both to supernatural powers and human qualities, suggesting to me that magic is less about the supernatural and more about the kind of change that any human being can effect, given the right perspective.