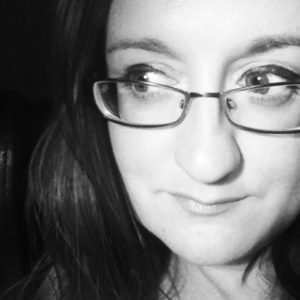 Jodi Cleghorn (@jodicleghorn) is a Brisbane-based author, editor, poet and small press owner with a penchant for the dark vein of humanity.

Â 1. What inspired your At the Edge story?

The deciduous trees in my dadâs street in Ballarat had barely begun to drop their leaves when I was visiting in very late autumn 2013. Some were still laden with dark green leaves. It made me wonder, with global warming, would we reach a point where autumn no longer existed.Â  âDeciduous used to be a verbâ was a line I carried for a while, waiting for the right story to speak to it.

I also wanted to write a story where the humanitarian crisis of refugees was an internal one. I wanted to create a setting where the âotheringâ and âdemonisationâ was of a countryâs own citizens based on an unprecedented movement of the population south. The Australia of âThe Leaves no Longer Fallâ is an Australian were every mainland citizen is a âboatperson-in-waitingââall trying to make it across Bass Strait to the cooler sanctuary of Tasmania.

The tech innovation of âliving glassâ, as an answer to the climate crisis, was almost an afterthought.

I met Dan at Continuum in 2013 and it was a no brainer to want to be part of an anthology he was editing. His editing partnership with Lee reminded me of the one Iâd had with Paul Anderson at the start of my editing career.

At the Edge offered an opportunity to spotlight the great dark SFF writing coming out of New Zealand and Australia. Who wouldnât want to be part of that?

A short story is a literary TARDIS. I am both enamoured and fascinated with the way a simple idea can be captured, examined, perverted and reconstituted into something rich and complex, with the capacity to have lasting impact on the reader.

Writing and the escape/transcendence it creates have always been my primary motivation since I was 10. For me, the feeling of âhaving writtenâ is a creative aphrodisiac. Questions like this used to perplex me.

Then a few years ago I was introduced to the work, first of Italo Calvino, and more recently, Jeanette Winterson. Reading their work made me want to write far outside my comfort zone. To want to play with the poetics and lyricisms of language, with the beauty inherent in style, in a way conceptual ideas and frameworks compelled me in the past.

In all honesty, most of my energy at the moment goes into supporting my son with reintegrate into mainstream schooling.

While thatâs happening I have a collaborative novel with my writing partner Adam Byatt, and an old friend, Rus VanWestervelt slowly forming. The Heart is an Echo Chamber, a chapbook of flash fiction I edited, and a companion publication to No Need to Reply, is scheduled for release in August. When life opens again there are several novellas patiently waiting for attention: Twice Lost, a ghost story set on Moreton Bay and Encursion, the first in my birthpunk series.