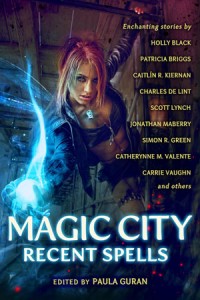 All women, shawled, hunched by the baskets on their backs. The last, youngest and smallest, was further slouched by the year-old baby riding on her hip.

As if the sun had blinked, now an extra figure suddenly appeared, appended to their procession. Where day met night, before the sun god disappeared through the doors to the underworld, can be a time where strange things happen. The three women had taken a risk staying so late to gather sweet rushes outside the city gates. Now returning with their baskets dripping and laden, they knew that they must hurry, lest something untoward sneak into the city with them.

Most of my cases are pretty tame. Someone loses a piece of jewelry with a lot of sentimental value, or someone comes to me because theyâve just moved into a new house and itâs a little more haunted than the sellerâs disclosure indicated. Nothing Chicagoâs only professional wizard canât handleâbut the cases donât usually rake in much money, either.

So when a man in a two-thousand-dollar suit opened my office door and came inside, he had my complete attention.

I mean, I didnât take my feet down off my desk or anything. But I paid attention.

The piano player drums away with her left hand, dropping all five fingers onto the keys as if they weigh too much for her to hold up. The rhythms bounce off the rhythms of what her right hand does, what she sings. Itâs like thereâs three different people in that little skinny body, one running each hand, the third one singing. But they all know what theyâre doing.

He sucks a narrow stream of PatrÃ³n over his tongue and lets it heat up his mouth before he swallows. He wishes he knew how to play an instrument. He wouldnât mind going up at the break, asking if he could sit in, holding up a saxophone case, maybe, or a clarinet. Heâd still be here at 3:00 a.m.,Â  jamming, while the waiters mopped the floors.

That would be a good place to be at 3:00 a.m. Much better than rolling up the rug, burning the gloves, dropping the knife over the bridge rail. Figuratively speaking.

They arenât that unalike, she and he. He has a few people in his body, too, and they also know what theyâre doing.

The difference is, his have names. 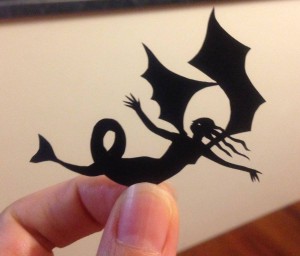 You canât have this job unless you love animals, but if you love animals, itâs hard to have this job. Weâre a no-kill shelter, but all that means is that there are some animals who are stuck here for life, wasting away in their little cages. And sometimes weâre too full and we have to turn animals away, knowing theyâll be taken to the county shelter, where theyâll be put down after seventy-two hours.

Three days. Thatâs how long they give them at county. Three days for their owners to find them if theyâre lost (which, trust me, they usually arenât), or for them to find a new home. Jeremy, my buddy over there, sends me likely candidates for adoption whenever we have space. Good dogs, adorable puppies that all have the potential to be great companions, if only they get the chance to try.

I donât know what heâs thinking with this latest one, though.

Ngozi hated her outfit. But it was good for traveling.

Her well-worn jeans had no pockets on the back, thereby accentuating the ass she didnât have. Sheâd accidentally stained her white T-shirt with chocolate after stuffing too much chocolate doughnut too fast into her mouth while rushing. And she had grabbed the wrong Chuck Taylorâs: her black ones would have matched better than the red. Sheâd overslept. Somehow, she hadnât heard her fucking alarm clock. Now she was going to be late for her plane to New York, which would make her late for her plane to London, which would cause her to miss her connection to Port Harcourt.

âShit.â She fought desperately to hail a cab. âShit!â As a stress reliever, the angry repeating of the word helped to lower her blood pressure about as effectively as it did to draw something yellow with wheels closer to the curbâwhich was to say, not at all.

The dayâs disaster didnât end here. The long fingernail of her right index finger had broken and she kept scratching herself with it. Her skin was sandpaper-dry from taking a hot shower and not having time to put on lotion afterward. She had forgotten her antiperspirant. Not only did she feel that she looked like a pig, despite the cold outside she was sweating like one. Wonderful, she thought. Bronchial pneumonia would give her something to look forward to, as well.

The boy they called Inchy was on his way to meet his friend Clyde for breakfast down at the City Shelter, when Pearlywhite appeared on his shoulder like a wisp of ivory smoke. âStop. Go back. Around the block.â Heâd found his own shelter from last nightâs rain and fog beneath the thrown-back lid of a dumpster in Longtree Alley, where half a dozen Asian restaurants cast out their scraps and he could usually find something to eat for dinner. Breakfast was a different story though.

Pearlywhiteâs sudden appearance, in the strong gray light of morning, was startlingly out of place: a small but powerful-looking dragon made of white mist that fairly shone in this light; twisting its body as smoke twists; the smoke writhing as dragons do.

Usually the smokedragon didnât show itself any earlier than twilightâand then only on the darkest days, when three oâclock felt more like dinnertime than it usually did. He wasnât used to talking to Pearlywhite when other people were around. He didnât want to look crazy; but right now no one was looking.