Of Sorrow and Such cover reveal 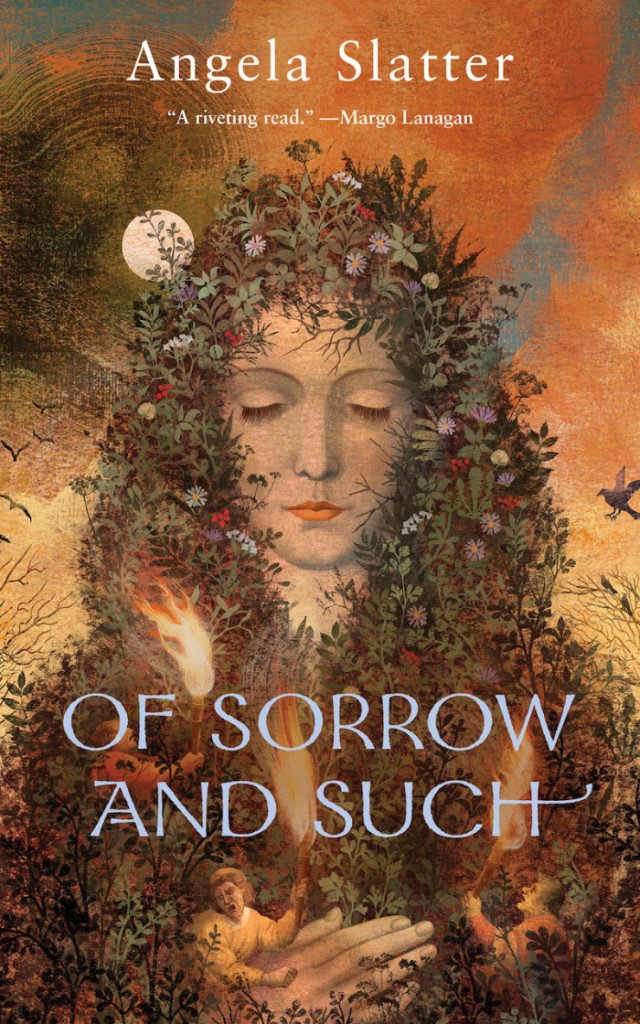 The things that happen on the other side of the world while you’re fast asleep! Tor.com revealed the cover for my novella Of Sorrow and Such. The artwork is by the wonderful Anna and Elena Balbusso (who also did the cover art for Nicola Griffith’s Hild) and designed by the lovely Christine Foltzer – and most excellently arranged by the legendary Irene Gallo. Thank you to Lee Harris for buying the novella in the first place!

I’m soooo happy with it as it shows the character of Patience precisely as she exists in my head. It’s publishing on October 13th, 2015 – and I’ll be at WFC in Saratoga Springs in early November if you’d like a copy signed. For fans of Sourdough and Bitterwood, this tale is set in that world and revisits Patience (Sykes that was, now Gideon) from two of the Sourdough stories.

The delightful Margo Lanagan says âOf Sorrow and Such takes you to dark, unsettling places. Angela Slatterâs magic is earthy, bodily and beleaguered; in the hands of tough, clever Patience Gideon itâs a powerful instrument for wresting justice from a hostile world. A riveting read.â

And the equally delightful Juliet Marillier says âOf Sorrow and Such is Angela Slatter at her best. Characters and settings spring fully alive from the page, and the storytelling provides rich nourishment for both intellect and spirit.”

From the catalog copy:

Mistress Gideon is a witch. The locals of Eddaâs Meadow, if they suspect it of her, say nary a wordâGideon has supported them, and itâs always better to keep on her good side. Just in case.

When a foolish young shapeshifter goes against the wishes of her pack, and gets herself publicly caught, the authorities find it impossible to deny the existence of the supernatural in their midst any longer; Gideon and her like are captured, bound for torture and a fiery end.

Ordering details when they come to hand!

This entry was posted in fairy tales, News and tagged angela slatter, Anna and Elena Balbusso, Christine Foltzer, Hild, Irene Gallo, Juliet Marillier, margo lanagan, Nicola Griffith, Of Sorrow and Such, sourdough and other tales, the bitterwood bible and other recountings, tor.com. Bookmark the permalink.

2 Responses to Of Sorrow and Such cover reveal