Shadow in the Empire of Light: Jane Routley 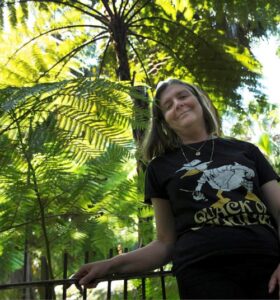 What do readers need to know about you?

Iâm a Melbourne novelist though I spent 7 years living in Denmark which turned me into a rampant democratic socialist. I love prose thatâs light and rich and rollicking. I have two Aurealis awards for Best Australian Fantasy novel. I find short form works really hard to write so I admire people who write short stories. I love creating interesting characters as much as I like world building.

What was the inspiration for Shadow in the Empire of Light? 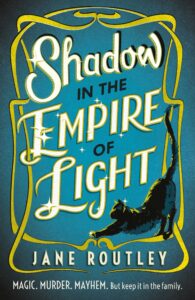 Georgette Heyerâs regency books really. I wanted to put a family of eccentric characters together and see how they muddled through. But I didnât want to set it in regency romance land because thatâs so tediously limiting to the female characters â all those double standards, all that need to guard reputation, all that lack of independence. So I created a world with none of these problems â wiped out a huge number of plot drivers doing it too, which was a nuisance. But if youâre not fighting sexism, you still have classism and racisim to fight. People do create worlds in which woman are equal without being exceptional, but in fantasy they donât do it nearly often enough.

When did you first know you wanted to be a writer?
Since I could read. I still remember waiting on the school library steps at 5 thinking I want another book and I want to live in a story. Stories have been important to me ever since. I actually think thatâs how I how I see people. As walking stories waiting to be told.

Do you remember the first story you ever wrote?
Not really, but I do remember one I wrote in primary school called âThe Magic Telephone Boxâ. It took off into the air when people vandalised it. I liked a strong moral message in those days. The teacher told me I should be a writer. But I was always taking my dolls for jungle adventures in the long grass so it probably started much earlier. 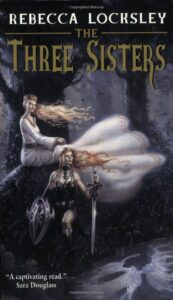 Which five books would you take to a Desert Island with you?
I always find this question hard as I always want a new story and I love so many different books. The Collected Works of Shakespeare always has something fresh to offer and you can always enjoy rolling the delicious words over in your mind. Angela Carterâs Book of Fairy Tales for the same reason. A book about the plants of the Desert Island. A book of bushcraft for Desert Islands. A good solid poetry collection of some kind. Because if you love words, poetry is great but mostly you donât have the time to take it in properly. 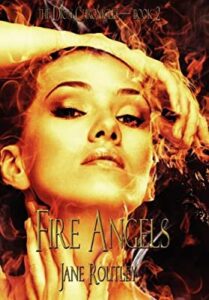 My favourite at the moment is Penguin from the TV series Gotham. Such a sociopath but so elegant too. Always unintentionally comical yet he has strong motivations and some sad back story. Gotham is full of outrageous characters, thatâs the fun of it. It knows itâs from a comic book and works it.

Whatâs next for Jane Routley?
The ebook and the audio book of Shadow in the Empire of Light came out in early August and Iâm working hard on book two. Iâm hoping the hard copy of the book will be coming out in January 2021 and that we will all be out of Quarantine then so I can have a book launch at my favourite local pub. (Drop me a line if you want an invite) Iâm also working at trying to learn how to do short stories better so Iâm reading more at the moment. But itâs a tough gig.

Fantasy and Science Fiction writer Jane Routley’s 7th book “Shadow in the Empire of Lightâ is due out now in epub and audiobook.Â  She has published 6 books, 5 as herself and one as Rebecca Locksley, and won two Aurealis Awards for Best Fantasy Novel for the novels Fire Angels and Aramaya respectively.Â  Her short stories have been widely anthologized and read on the ABC.

Jane was a judge for the recent Australian Role Playing Industry Awards. She has had a variety of careers, including fruit picker and occult librarian and she lived in Germany and Denmark for a decade. Now she works on the railways in Melbourne and is a keen climate activist.