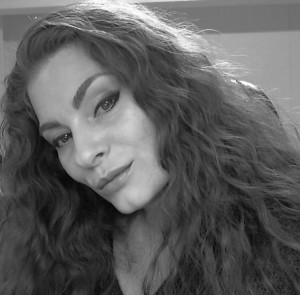 Sing Me Your Scars, a collection of her short fiction, is out now from Apex Publications, and Paper Tigers, a novel, is forthcoming from Dark House Press. You can find her on Twitter @DamienAWalters or online at http://damienangelicawalters.com.

What do readers need to know about Damien Angelica Walters, and which story of yours would you recommend to a new reader?

DAW: I fear Iâm much like most writersâan introvert, a bookworm, a drinker of too much coffee, and a fan of dinosaurs and Alien.

For those unfamiliar with my work, Like Origami in Water would be a good story to start with, I think. Itâs an older story and while my authorial voice has matured a bit, I think it showcases the tone of my short fiction well. Itâs short, too, at just about 1,500 words, so itâs a quick read.

Where did the inspiration for Sing Me Your Scars spring from? 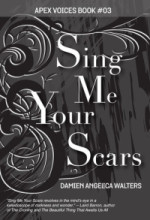 DAW: Do you remember all those hateful memes about real women? Real women look like this, no, they look like thatâ¦ For a time it felt like I saw a different one every day (mostly posted by men), all with this perceived ideal of feminine perfection and each time, my frustration grew. That frustration turned into a sentence – This is not my body. â and then into a paragraph and then into the story itself.

What was the story/book that made you think ‘I want to write!’?

DAW: I donât think it was one specific book, but a cumulative effect of everything I read, both genre and non-genre, both good and bad. I remember creating illustrated books when I was in third grade and trying to sell them to the other kids in the neighborhood. While Iâm fairly certain the books were about ghosts and other creepy things, sadly, none of them survived my childhood. 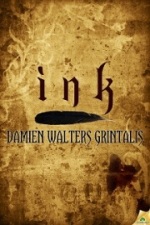 Are there any of your own characters that you think you’d like to revisit in longer form at some point?

DAW: Iâve been toying with the idea of turning The Floating Girls: A Documentary into a novel, but at this point Iâm still jotting ideas down to see if itâs viable or not. My fear is that even with the addition of new characters and a larger storyline comprised of events that occur before and after the events in the short story, the central story wonât translate well to a longer work.

What first drew you to write horror rather than any other genre?

DAW: It wasnât a conscious choice, to be sure, but I grew up reading fairy tales and Lois Duncan and when I was eleven, I read Stephen Kingâs The Shining. Given that my tastes as a reader always skewed to the dark, it was a given that what I wrote would follow suit.

DAW: Thatâs a hard question to answer. I think itâs a tie between Coleman Collins from Peter Straubâs Shadowland and the Overlook Hotel in Stephen Kingâs The Shining. Uncle Cole should be all magic tricks and letting the boys stay up too late with ice cream for dinner and cake for desert; he shouldnât be crucifixion and mermaid girls and glass birds.

And the Overlook should be rooms and ugly carpet and a big kitchen; it shouldnât be blood on the walls, fire extinguishers that become snakes when youâre not looking, and it most definitely should not be able to exploit your fatherâs greatest weakness and turn him against you. 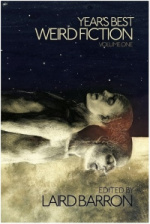 DAW: Another tough question, and Iâm going to cheat a bit and give you two. As far as the classics go, Iâll say The Lottery by Shirley Jackson. Itâs masterful the way it draws you into a seemingly normal village, even if the gathering of the stones is disquieting. But the townspeople donât seem worried overmuch, so itâs easy to brush that off. The story pulls the rug out from under you by slow degrees and then at the end, it leaves you suspended in the air and ready to drop with Mrs. Hutchinson. The slow burn coupled with keeping the carnage off-screen works beautifully. 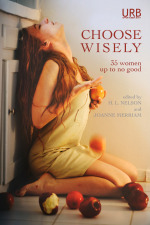 Whatâs next for Damien Angelica Walters?

DAW: I have several short stories and a portmanteau novel currently in the works. Iâm also trying to plot another novel about monsters, love, hate, and revenge. Iâve never plotted a novel before so I may or may not be successful, but my novel first drafts are always a mess and Iâd love to find a way to make them a bit cleaner.

Publication-wise, Paper Tigers, a novel, will be out later this year from Dark House Press, and Iâve short fiction forthcoming in several anthologies and magazines, including Cassildaâs Song, edited by Joe Pulver, a King in Yellow anthology of all new stories written by women, The Mammoth Book of Cthulhu: New Lovecraftian Fiction, edited by Paula Guran, and Black Static.