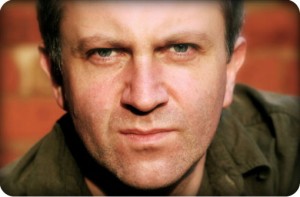 The thoroughly unsettling Conrad Williams has written seven novels, including London Revenant, The Unblemished, and Decay Inevitable, as well as four novellas and two short story collections, and has recently signed with Titan Books – a sure sign of a continuing upward trajectory. Heâs won two British Fantasy Awards, as well as the August Derleth Award for Best Novel and the International Horror Guild Award for Best Novel, beating out some bloke called Stephen King for the last two. Below he talks about horror and music, among other things.

It was probably from Peter Haining’s The Restless Bones & Other True Mysteries, an Armada paperback I bought with my own pocket money. Not so much horror stories as unexplained phenomena, written as ‘faction’. I was into dinosaurs at the time (I was around 10 years old) and there was a story in the book about a pterodactyl that was found alive in the desert by a couple of cowboys. That sticks in my mind, as does the cover, a close-up of a skull wearing a centurion’s helmet.

I’ve been learning how to play the guitar off and on for 25 years… half-heartedly, it has to be said. But in the past three years I’ve put more effort into it: regular lessons, daily practice. It can be quite frustrating at times, possibly because I’m also trying to understand the underpinning theory involved. The Devil’s Interval is the flatted fifth, a note that is not in key which creates dissonance or tension when you play it in a sequence. Most famously you’ll hear it in Beethoven’s Fifth Symphony, the fourth note in the opening DA-DA-DA-DAAAAAAA. I thought it would make a nice root for a story (did you see what I did there, musicians?), and it was a good way to write down my own feelings regarding the struggle to become a more accomplished player.

I suppose the bulk of my stories explore the decay of relationships or external threats to the status quo. Many of my characters are damaged in some way. I’m interested in ordinary people dealing with extraordinary events, which is one way of defining horror, I suppose. I saw the Spectral Book of Horror as being in the vein of the old Pan Books of Horror and decided to pitch my story at that level. So a pretty conventional, direct horror story with little ambiguity and an identifiable ‘evil’, and, hopefully, an effective payoff.

I prefer subtle stuff to gore but whenever I write balls-to-the-wall horror, I still try to do it lyrically, or in an understated manner. I suppose it depends on the nature of the content. I love stories with plenty of ambiguity and suggestion. I love that feeling of getting to the end of a story and feeling disquieted and not quite being able to put my finger on the reasons why. A story that is resolved explicitly never seems to hang around in my thoughts for quite as long.

I’m reading Heaven’s Prisoners by James Lee Burke. I read his first Dave Robicheaux novel, The Neon Rain, many years ago and adored it â good story, great writing â so I thought it was high time I read another. Robicheaux is an ex-New Orleans’ police officer, Vietnam veteran and recovering alcoholic. His childhood was not great. He’s prone to bouts of depression and, in the book I’m reading, he’s fallen off the wagon after the murder of his wife. In fact I’ve just finished Chapter Six, which deals with this descent, and it is one of the most astonishing pieces of sustained writing I’ve read in a long time. It’s beautifully done. Burke deals with adult themes â violence, anger, regret, love â in realistic way, sometimes brutally so. I’ve got the next three in the series lined up by my bed. I think I’m going to have a Burke binge.

I’ve also been reading Wicked Beyond Belief by Michael Bilton, a book about the Yorkshire Ripper, with new material from the detective reports and pathologist’s findings. This is in preparation for a novel I’m researching that contains the Ripper as a peripheral figure during a key year â 1977 â in a child’s life, growing up in the north-west of England.