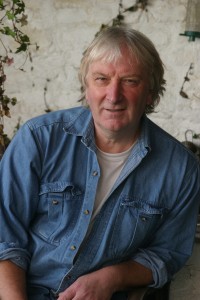 Adrian Cole began writing at the tender age of 10, although he wasnât ready to submit professionally until he was much older â at 19. His first published work was a ghost story for IPC magazines in 1972, followed soon after by a trilogy of sword & planet novels, The Dream Lords (Zebra, US) in the 1970s. Since then he has gone on to have more than 2 dozen novels published and many short stories and his work has been translated into a number of foreign editions.

He writes science fiction, heroic fantasy, sword & sorcery, horror, pulp fiction, Mythos and has had two young adult novels published, Moorstones and The Sleep of Giants. His best known works are the Omaran Saga and Star Requiem quartets. His most recent is the novel The Shadow Academy and the anthology Nick Nightmare Investigates, which has been shortlisted for this yearâs BFS Awards.

What inspired your story âA Girl and Her Dollsâ?

My story, “A Girl and Her Dolls”, was inspired by my growing frustration with the way that violence escalates, sometimes uncontrollably, on all levels, and at the time I was appalled by the terrorism in the Middle East and indeed, at home in England. How many times throughout history have we seen this kind of mindless human cruelty? So I took the concept and channelled it into the relatively innocent form of a young girl, who saw herself being persecuted unreasonably and who reacted, as she thought, appropriately.

The first story I can remember making a real impact on me was Algernon Blackwoodâs “The Doll”. So maybe that impact has lasted a long time!

I am currently exploring horror fiction as a writer more intensively than in the past, but I have also written sf (latest novel is The Shadow Academy) fantasy (Omaran Saga), sword and sorcery (The Voidal saga) and what seems to be called âpulpâ fiction, although there are differences of opinion about the latter as a genre. My Nick Nightmare, the self-styled Private Eye, Public Fist, is a series which blends and merges anything and everything that I can fit â crime, Mythos, super-heroes, black magic, Celtic lore, steampunk and so on. I am also in the process of writing a longer work, set in an alternative Romano/Celtic Europe in which characters from our history, notably Arminius, the Germanic warlord, Germanicus and Boudicca re-write history as we know it. The teacher who once told me I had an âover-active imaginationâ was not wrong!

Books to read â well, a whole lot of horror anthologies and collections, as Iâm enjoying getting into the genre as much as ever. Also getting thru Bernard Cornwellâs wonderful Alfred saga (plus his work on Waterloo) â and a couple of his books as John LeCarre. And Iâm always re-reading favorite stuff from the past, in particular at the moment JG Ballard. Oh, and any number of comics and graphic novels.