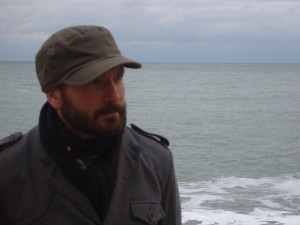 Ray Cluleyâs short stories have been published in various magazines and anthologies. He has appeared in a few âbest ofâ anthologies and a couple of his stories have been translated (into French and Polish). He won the British Fantasy Award for Best Short Story with âShark! Shark!â in 2013. Water For Drowning, from This Is Horror, is currently short listed for a British Fantasy Award for Best Novella. His most recent work includes Within the Wind, Beneath the Snow, from Spectral Press, and Bone Dry (aka Curse of the Zombie) from Hersham Horror, while his collection Probably Monsters is available now from ChiZine.

What inspired your story “Mary, Mary”?

“Mary, Mary” began life as a simple story about a somewhat taboo subject (even in the horror genre) and was inspired by my own reaction to how the subject is so often presented in fiction and the media. If that sounds a bit vague, itâs because Iâm trying to avoid major spoilers. The story developed when I was asked to write for an anthology Iâve since had to withdraw from, mainly because “Mary, Mary” refused to be nurtured into a story it didnât want to be. Thankfully the publisher was very understanding about that and I was able to prune the story back and let it grow into what it is now, which in the long run has turned out very well because now it gets a more suitable home in The 2nd Spectral Book of Horror Stories.

Iâve just been drafting a blog on this very subject! It wasnât something I read, actually, but rather something I heard – the Jeff Wayne version of The War of the Worlds. Itâs often considered sci-fi but for me itâs firmly a horror story and it terrified me as a kid, but in a good way (which was a weird feeling to get your head around as a child â like crying on a roller coaster then demanding âAgain! Again!â afterwards.) Thirty odd years later it remains one of my favourites. I was too young to fully grasp the story, probably, but a sense of fear and panic permeates that album, thanks to Richard Burtonâs wonderful narration and that evocative music â the heartbeat, the drilling electronic blasts, that drawn out Martian cry of Ulla! I used to imagine Martians skulking outside at night and knew it was only a matter of time before one of them peered in a windowâ¦

I have so many, but to focus on newer writers Iâd say Nathan Ballingrud, Helen Marshall, and Lisa Hannett. Iâm excited whenever I hear one of them has new work coming and hope they never stop writing.

Oh, I do like a jaunt! Wherever I go, though, tends to end up being a suburb of horror. So the darker side of science fiction or fantasy, usually. I enjoy the crime genre, too, but it has to rise above puzzle-solving or serial killers. I think horror, any genre actually, benefits from a bit of overlap with another genre, it can help a story avoid becoming mired in tropes and clichÃ©s. Horror will always be my favourite genre, though. I feel we learn more about ourselves by looking at what scares or disturbs us.

Ha! What isnât?! But the ones nearest the top, that Iâm most looking forward to, are Stephen Volkâs Leytonstone, M.R. Careyâs The Girl With All The Gifts, and the latest issue of Interzone. I canât wait to add The 2nd Spectral Book of Horror Stories to that pileâ¦