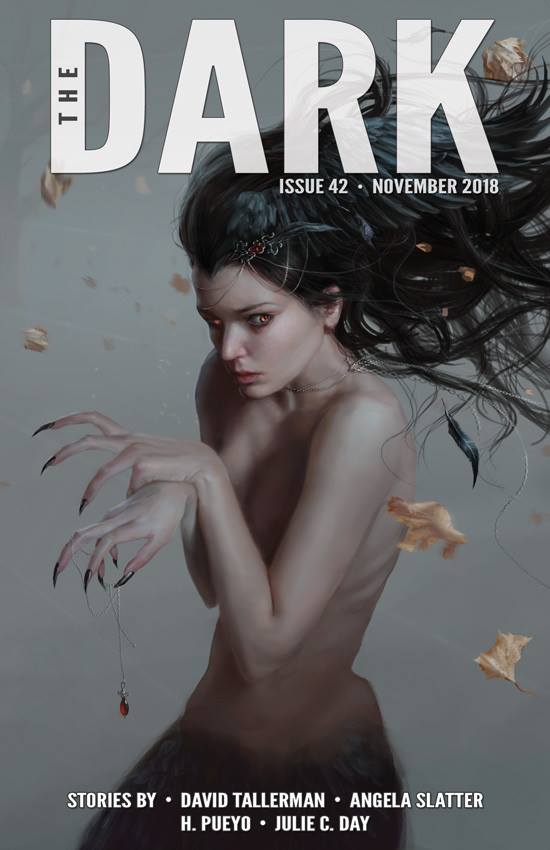 The latest issue of The Dark has four great stories for your reading pleasure.

The womanâs staring not at the hole in the wet ground, nor at the tall bearded man whoâs asked her a question, but back at the house behind her.

Sheâs half-turned, the top of her torso twisted almost impossibly, almost fluidly, in defiance of the strictures of the steel-stayed corset beneath her plain black dress. The sandstone house is two storeys, wide verandahs running around both levels, walls punctured by doors and floor-to-ceiling windows, all of which are open, their shutters pinned back despite the cold and the rain.

âMissus?â His voice is low and rough, still thick with the accent of his native Bristol, but tender.

Fionnuala Farrellâs eyes are pinned on the small group clustered on the lower verandah: an older woman, plump, dark-haired, with a white apron over her navy frock; three small girls, hair as red-gold as their motherâs, not yet in mourning attire because no one had thought to make any for them so early in their young lives.