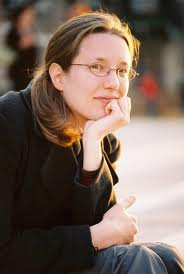 I first noticed Kristin Cashore when I was sent Graceling and Fire as review copies. My first thought was âAwesome coversâ – which they are, beautiful artwork, lovely layout, excellent ways of catching a readerâs wandering eye. The stories are engaging, the characters interesting, the pace is kept up very well indeed, and there are good reasons why both books have been New York Times Bestsellers. Graceling was nominated for the Andre Norton and William C. Morris awards and won the 2009 Mythopoeic Fantasy Award for Children’s Literature. Fire won the 2010 Cybil for YA Fantasy/Sci Fi as well as the Amelia Elizabeth Walden Award. Both books are ALA Best Books for Young Adults. Kristin is currently working on her third novel, Bitterblue, and she prefers cupcakes.

1. You get to be anyone you want for a whole day and you can go anywhere and anywhen: who do you choose, where/when do you go, what do you do and who is your travelling companion?
I’m finding the “where” more interesting than the “who” in this question. Â If I could go anywhere/anywhen and be anyone, I’d want to be an astronaut looking at the entire earth from a distance. Â To see our home, in silence and in its entirety —Â I think this would be grounding (despite the height ^_^), a calm moment of perspective, and the most beautiful sight I was ever likely to see. Â For my travelling companions, I would choose the many, many astronauts who have done all the preparatory work but have never gotten to go into outer space. I have a lot of sympathy for them!

2. The idea for Graceling came from …?
Graceling started with three characters who came knocking on my mind and who eventually became Katsa, Po, and Raffin. Â It was my job to listen in to their conversations and try to figure out who they were, where they were, and what they were so upset about. Â Once I had a better sense of those things, the real work of constructing them, their world, their connections, and the plot began.

3. I love writing when … and I hate writing … ?
I love writing in those RARE moments when I read what I’ve written — be it a single line or an entire book — and realize that I’ve finally, after a lot of hard work, managed to string the right words together to create the feeling I was trying to create. Â That’s the best feeling in the world. I don’t think that I ever hate writing. If I hated it, I would stop doing it. But the majority of the time, it worries me and makes me unhappy to some degree, because it’s hard and because it’s not coming out the way I mean it to. Â One aspect of writing that I could do without is that you never really stop working; the book is always bouncing around in the back of your head, even when you’re away from the page. Â If I’m struggling through a difficult portion of writing — as I often am — I’m generally unsettled, and the only relief is some sort of distraction that will force me to stop thinking about the work.

5. Donuts or danishes?
Are there cupcakes available? 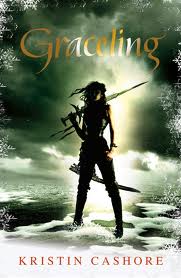 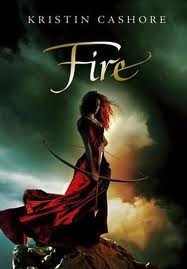