The Invention of Ghosts: Gwendolyn Kiste 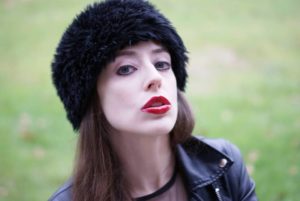 1. What do new readers need to know about Gwendolyn Kiste?

Iâm a horror author based in Pennsylvania, and I write stories about body horror, female friendships, coming of age, and hauntings, among other creepy themes. Iâve written a number of short stories as well as four books: And Her Smile Will Untether the Universe, Pretty Marys All in a Row, The Invention of Ghosts, and The Rust Maidens, my debut novel which won both the Bram Stoker Award and the This is Horror award last year. I also love witches and birds, so many of my tales incorporate those in some way too.

2. What was the inspiration for The Invention of Ghosts? 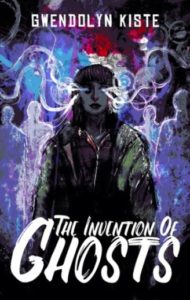 This story deals a lot with the occult, which is such a fascinating topic for me. Human beings have always been curious about what happens after death, and thatâs led to so many strange and wonderful books on the subject along with some really unusual but intriguing practices like spirit photography, spirit boards, the bending of spoons, and the creation of ectoplasm. You could spend an entire lifetime researching all the ways weâve tried to speak to the other side or divine the future or even just swindle others into thinking we know what weâre talking about, and you would still only be scratching the surface. Thereâs a real rabbit hole of research with all of this.

Last year, when I set out to work on a new novelette, I decided to take all these occult practices, many of which were popularized in the Victorian era, and use them in a modern story about a friendship in crisis. How would two girls from the twenty-first century look at the occult and its history, and what would happen if it turned out they had more control over magic than they even realized? Where would that lead them? It was so much fun exploring those questions with the two characters in The Invention of Ghosts. I definitely became attached to them as they were exploring the same strange things Iâve spent years researching myself.

3. Can you remember the first thing you read that made you decide you wanted to be a writer?

The first book I ever read was The Spooky Old Tree, which was part of the Berenstain Bears series. I absolutely loved the book so much, and I was the kind of kid who was like âI want to try that!â anytime I discovered something new in the world, so it wasnât too long after I learned to read and write that I was putting together little handmade picture books. I was never much of a visual artist, but I did find that I really liked creating stories. I was always inventing stories in my head anyhow, so it seemed so neat that I could write them down for other people to read. 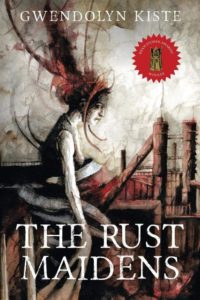 4. What was the Inspiration for The Rust Maidens?

I grew up in the Rust Belt in Ohio, and the landscapes from The Rust Maidens were always with me. Abandoned factories and neighborhoods in decay wereâand still areâeverywhere in the Midwest. Iâd been wanting to use that kind of setting in my work for a while, but I couldnât figure out the right concept for it. Then I wrote a couple new stories, one of which followed a young girlâs monstrous transformation (âReasons I Hate My Big Sisterâ) and another that was a ghost story with a 1980 Cleveland setting (âSongs to Help You Cope When Your Mom Wonât Stop Haunting You and Your Friendsâ). Putting those two concepts together gave me the first kernel of using body horror and transformation in a Rust Belt setting. Soon after, I started drafting an outline, and it was off to the proverbial races.

5. What is it about horror that draws you in as a writer and reader?

The visceral aspect of horror resonates so much with me. How the genre doesnât hide; it faces everything head-on and without any kind of protective varnish to it. Being able to stare at the darkness and not flinch away can be so empowering, especially when dealing with traumatic topics in the way that horror often does. Plus, beyond all of that, it can be really fun to read about and create monsters and creepy settings. Iâve loved Halloween and all things spooky ever since I was a kid. Itâs such a thrill and an honor to get to foster and explore that love of the strange and unsettling for a living.

6. What was the inspiration for Pretty Marys All in a Row? 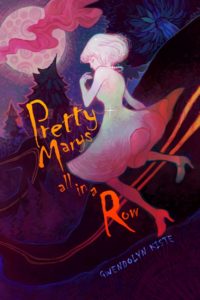 Folklore and urban legends have long been a favorite topic of mine, as well as a favorite topic of my husbandâs. Weâve spent many hours discussing folklore and sending each other articles about it and even surprising each other with books weâve found on the topic. During a car ride one night, we started talking about all the female figures in urban legends and folklore who have the name Mary. Bloody Mary, Resurrection Mary, Mary Mack, Mari Lwyd, Mistress Mary Quite Contrary. As we were talking, I immediately began to imagine all these characters getting bound together by fate or by some sort of curse. A power that brought them together beyond their will, even as they perhaps fought back against it. From there, Pretty Marys All in a Row was born.

7. Which book do you think is an underappreciated gem that everyone should read?

This is such a tough question, because there are so many incredible and underappreciated gems out there! One that definitely comes to mind is Christa Carmenâs Something Borrowed, Something Blood-Soaked. Itâs her debut horror collection that came out in 2018 from Unnerving, and the stories are truly magnificent. The book did get a decent bit of press and lots of glowing reviews, but I still think itâs so good that it deserves an even bigger spotlight. Christa is such a talented author, and I canât wait to see where she takes her writing in the next few years and beyond.

8. And which film should everyone see?

Thatâs another tough one! I honestly could pick a hundred different films to recommend here, but if forced to choose, Iâll go with Daughters of Darkness, since itâs been on my mind lately. Itâs such a strange little vampire film from the 1970s, and it isnât one that gets discussed too much, so I always love to give it a mention. Itâs like a super stylish, Technicolor Carmilla. I also like to give a shoutout to the 1960s occult horror film, Eye of the Devil. If you like The Wicker Man, then youâll probably enjoy Eye of the Devil, which is very similar and in fact came first. Plus, itâs got a stunning and highly underrated performance from Sharon Tate, who was a far more wonderful actress than she ever got credit for.

9. Which books are you most looking forward to reading this year?

Not All Monsters, an anthology edited by Sara Tantlinger for Rooster Republic Press, is going to be a huge book this year. Itâs an all-female anthology that, as the title suggests, focuses on monster stories. The table of contents features an awesome group of authors, including Christa Carmen, Hailey Piper, Joanna Roye, Jennifer Loring, G.G. Silverman, Juliana Spink Mills, and so many more. That anthology will be out in October.

I was also fortunate enough to receive an ARC of Stephen Graham Jonesâ The Only Good Indians, so Iâm reading that right now. Iâm only a chapter in, and itâs already easy to see why itâs gotten so much positive buzz. Itâs poised to be one of the biggest horror books this year.

10. Whatâs next for Gwendolyn Kiste?

Iâm finishing up my second novel right now. Itâs a fairy tale horror story all about witches and witchfinders, ghost birds and whispering bones. After that, Iâll be off to work on my third novel, which is currently in the outline stage. I donât want to say too much about that one yet, but Iâm really excited about it. And of course, Iâll be writing short fiction too. Iâm hoping to have another collection in the next couple years, but Iâm still working on putting that together. So many projects, so little time! I feel like thatâs every writerâs life!

Gwendolyn Kiste is the Bram Stoker Award-winning author of The Rust Maidens, from Trepidatio Publishing; And Her Smile Will Untether the Universe, from JournalStone; the dark fantasy novella, Pretty Marys All in a Row, from Broken Eye Books; and the occult horror novelette, The Invention of Ghosts, from Nightscape Press. Her short fiction and nonfiction have appeared in Nightmare Magazine, Vastarien, Black Static, Daily Science Fiction, Unnerving, Interzone, and LampLight, among others. Originally from Ohio, she now resides on an abandoned horse farm outside of Pittsburgh with her husband, two cats, and not nearly enough ghosts. Find her online at gwendolynkiste.com

This entry was posted in Uncategorized and tagged And Her Smile Will Untether the Universe, Carmilla, Christa Carmen, Daughters of Darkness, Eye of the Devil, G.G. Silverman, Gwendolyn Kiste, Hailey Piper, Jennifer Loring, Joanna Roye, Juliana Spink Mills, Pretty Marys All in a Row, Something Blood-Soaked, Something Borrowed, Stephen Graham Jonesâ The Only Good Indians, The Invention of Ghosts, The Rust Maidens, The Wicker Man. Bookmark the permalink.