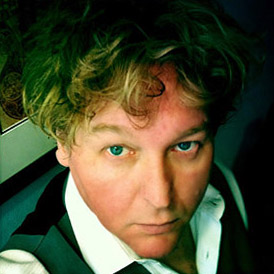 The delightful and talented Mr Mark Barnes was kind enough to chat with me about his Echoes of Empire trilogy and a wide variety of other stuff. He is most excellent and has three rescue cats, Odin, Sif and Frey.

What do readers need to know about Mark Barnes?

Need to know? Probably not a lot.
I was born and raised in Sydney, though have travelled quite a bit. Like most writers Iâve a day job; in my case as a freelance organisational change consultant. Doing contract work is great for me, and allows time between jobs to write.

When I was younger I was a competition swimmer, water polo player, and volleyball player. Did the surf live saving thing without ever learning to surf. I was also more of an artist and some-time musician than a writer when I was younger, so things couldâve gone a very different way.
Though Iâd flirted with writing, Iâd not taken it seriously until I attended Clarion South 2005. That was a defining set of moments that helped put my feet on the path Iâm on now.

When did you first decide you wanted to be a writer – was there a particular story or novel that made you think âThatâs the ticket!â?

When I read Frank Herbertâs Dune in my early teens, I thought I might want to share stories with other people.Tolkienâs The Lord of the Rings and The Silmarillion followed. Le Guinâs Earthsea Trilogy. Wolfeâs Book of the New Sun. I loved the layered, complex types of storytelling with compelling characters and rich worldbuilding.

I became involved in the fantasy roleplaying hobby, and that gave me the chance to share interactive stories with people, as well as to toy with character and world concepts. It was a long time before I thought of writing as something I could actually do, and share.

What was the inspiration behind your Echoes of Empire trilogy?Â 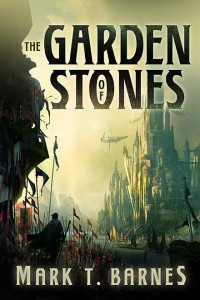 Boredom with the blah blahblah oh look itâs Europe in the Dark Ages fantasy. Oh look! Dudes run everything. Stories had become quite predictable, though the dark fantasy movement moved us away from shiny heroes and into stories where anti-heroes and a more cynical, grim worldview were explored.

It seemed to me that authors werenât taking opportunities to speculate, in a genre thatâs referred to as speculative fiction. There was a sense of lazy entitlement to the books available, where all the author had done was rehash our own flawed history and social mores.

I looked at what was available, had an idea for a set of characters who were at once defined by their world as they defined parts of it, and set it in an age of industrialised arcane science in an orientalist setting. From there the world building helped define what cultures looked like, how there had always been gender equality and marriage for all regardless of sexual preference, etc. A world where thinkers, courtesans, and artists were considered heroes as much as any soldier. I also wanted to explore what happens on a world where a new and different power is introduced. In this case it was humans landing on the planet, and how their technology influenced the application of arcane science down the centuries to follow.

How did you connect with 47North?

My agent, John Jarrold, is quite well connected in the industry. An experienced editor and agent, and a man with whom itâs an absolute pleasure to work, John and I had been given an offer from one of the Big Five publishers, but turned it down in favour of other opportunities. The new acquisitions editor from 47North, who John had previously shared The Garden of Stones with at his previous publisher, contacted John and asked whether The Echoes of Empire project was still available.

John and I discussed the opportunity as it would play out at the time, and accepted 47Northâs offer for a three book deal based on an early draft of The Garden of Stones. The deal had us releasing all three books in print, audio, and ebook, in a span of 12 months.

And The Garden of Stones was shortlisted for a Gemmell Award – that had to make you pretty happy?

Absolutely. The Garden of Stones made the longlist for the David Gemmel Legend Award, as well as getting shortlisted for the Morningstar. It was quite surreal to get that level of international recognition, especially given pretty much nobody seemed to know about my work here in Australia.

I didnât know it had happened until a friend of mine Tweeted me to let me know. The same friend did the same as soon as the Morningstar shortlist was announced. Truth be told the best feeling was in knowing that people were connecting with my work, and that it was serving its purpose to entertain people. 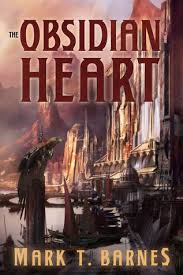 Tell us about those astonishing covers …

Stephan Martiniere is pretty much an art god. When 47North told me theyâd secured him for my covers, I was ecstatic. Whatâs better is that 47North asked what I wanted for all three of my covers, and Stephen shared his concept sketches with me so that we could discuss them in order to come up with the final art.

Heâs easy to work with, and gifted beyond belief. Iâd be fortunate to have him do other covers for me in the future.

Who is your favourite hero/villain?

Ooh. Thatâs a good question. I have different ones for different reasons.
My shortlist of heroes would be Paul Atriedes from Dune (with Duncan Idaho and Gurney Halleck as best supporting heroes), Obi-wan Kenobi from Star Wars, Natalia Romanova/Blackwidow, Sparrowhawk from Earthsea, Aragorn and Gandalf, and Hermione Granger from Harry Potter. I also like the conflicting ethics and morality demonstrated by Moorcockâs Elric, and Howardâs Conan. Iâm also partial to Indris and Mari, and their journeys in my Echoes of Empire books.

Villains? I like smart villains, and villains whose motivations are clear and understandable rather than doing things because evil reasons. Dune gets the nod with Baron Vladimir Harokonnen, as well as the Reverend Mother Gaius Helen Mohiam. Iago from Othello, Moriarty from the Sherlock Holmes stories, Morgan le Fey, Hannibal Lecter, Medea, and Scott Lynchâs Grey King. And of course thereâs my own Corajidin, and his mother the Dowager-Asrahn.

Iâd like to read stories where there are more compelling women as both heroes and villains. Sadly many of the stories Iâve read donât give enabled, capable, and malevolent women the air time they deserve.

How do you fit your writing in around a day job?

It may sound clichÃ©d, but I sacrifice some things Iâd rather be doing â things that are easier â in order to write. When Iâm consulting Iâll work a long day, and follow that up with more hours writing. Weekends? Writing. Spare hours? There really arenât any, âcause Iâm writing.

What draws you to epic fantasy? 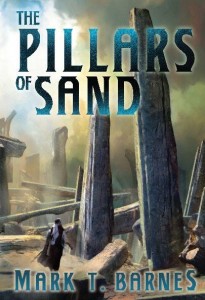 As a reader itâs great escapism. Well written epic fantasy also deals with social and political issues in new and interesting ways. But mainly Iâm drawn to it because I live in the real world, and itâs quite nice to get away from it from time to time, and to be involved in something epic and wondrous.

As a writer itâs for many of the same reasons. Building a world that neither complies with the events of our own history, nor slavishly follows social mores that perhaps donât make a lot of sense, is a wonderful experience. Creating cultures and histories, populating them with people, sharing the small and intimate moments as well as the ground shaking ones . . . I think it comes down to having the freedom to truly speculate about a world and its people, and the events that transpire in it. Provided Iâm consistent in my world building and characterisation, there is no such thing as âthat canât happen.â

Iâm also drawn to urban fantasy, and some elements of gothic horrors.

What is next for Mark Barnes?

John has the first of an urban fantasy quartet thatâs doing the rounds. At the moment Iâm working on another epic fantasy in the same world as The Echoes of Empire, though this will be darker and harsher. Thereâs also another epic fantasy that Iâve written Act I for that I need to finish, and more recently a sci-fi short story that apparently should be a novella, that may end up being three interconnected novellas. Iâve also some notes penned for some gothic horror short stories, or novellas, set in an alternate 1890âs Sydney.

Should they continue to sell, there is also the remainder of The Echoes of Empire to write.
Letâs say Iâm not wanting for something to do.