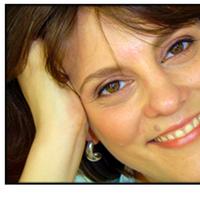 Deborah Biancotti is the author of A Book of Endings and BadÂ Power, and co-author of the New York Times bestselling novel, Zeroes. Â She hasÂ been shortlisted for the Shirley Jackson AwardÂ and the William L. Crawford Award for Best First Fantasy Book. Her new novella, Waking in Winter, is now available from PS Publishing. Deborah lives in Sydney, Australia.Â You can find her onlineÂ at deborahbiancotti.com and on Twitter @deborah_b.

1. What do new readers need to know about Deborah Biancotti?

Bloody hell, these questions are hard.

See, I always admire how actors can stand up and talk about themselves like they remember who they are, after all that time pretending to be someone else. I feel like I’ve spent so long being immersed in characters I’ve made up that I’m not sure there’s a core ‘me’ anymore. I’ve continued to shrug off writerly identities as the years go by. Like taking off a stage costume and putting on something new.

I’ve been more of an instinctual than intentional writer. I never really had a plan. I just went with whatever impulse I felt at the time. I started in short stories, apparently a lot of them were horrorâthough actually I always thought of them as tragedies. I drifted towards contemporary stories, but often still with a fantastical element. Waking in Winter, despite being set on an icy alien planet is still intended to feel like a contemporary story. It’s a mostly realistic setting (though an extreme one, and not one most of us have experienced if we haven’t been to the Arctic or Antarctic).

I feel like I hit my stride when I began to combine crime narratives and contemporary stories with the supernatural. It took a lot of soul searching to get there, though, and already I can feel I’m moving more towards the crime side. But my favourite stories that I’ve written so far are largely these crime-supernatural stories (like the Bad Power stories, or my Ishtar novella).

I did always want to write. I don’t know why. It had to do with loving reading more than anything else. Wanting to be in those imaginary worlds.

I can’t remember my first story, largely because I can’t articulate it anymore. My parents believe I was telling stories in baby language before I could speak. What gold! Stories straight from the womb. I wonder what strange, nascent tales I had to tell back then, eh? And … where did they come from?

3. What was the inspiration for your novella Waking in Winter from PS Publishing? 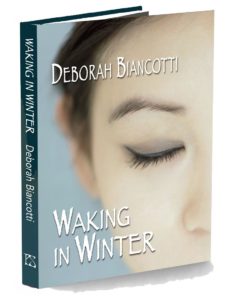 It started with just one image, which I spent years trying to interpret. I could see a bunch of desperate, alienated characters digging in the ground with such obsession that they worked through the night, lit by portable lights. I also remember a dream I had decades ago about a landslide that revealed a giant butterfly trapped in the mud, pristine like it was caught in amber. I think that image contributed, too.

And as my editor, Nick Gevers, noted when he bought the manuscript, there’s a certain aspect of my story that’s a feminist re-telling of John W. Campbell’s1938 novella Who Goes There?, or John Carpenter’s 1982 filmic adaptation The Thing. In those stories, scientists are confronted with forces so alien and unknowable that they’re forced to abandon their search for knowledge in order to survive. The alien ‘thing’ they confront takes over human form, human identity and human memory. In a way, the humans become aliens. They’re reborn.

It struck me how strange it was that you’d want to tell what is effectively a creationist or birth mythology and leave out female characters. I mean, I love those stories. But I wanted my story of barrenness and birth to feature, you know. Women.

So my main character is Fuyuko Muir, named for water and sea, a woman on the run from her life on Earth. She’s travelled to an unnamed, distant planet to hide from her past. Just like everyone else in Base Station Un, where she ends up.

Muir represents a different kind of birth. Not a physical birth, but a kind of spiritual renewal. An unwanted one. An enforced one. Brought about by an alien monster. In a way, the monster is Thanatos, the death instinct. The will to destroy. She may be a goddess. But if she is, then she’s a goddess of war and destruction.

4. What appealed to you about the novella format?

I really love this size of storytelling and I hope the digital age makes it much more accessible. It gives you the breadth to deal with a whole cast of characters, and the depth to discover a character’s journey in detail. I honestly feel like most novels sag between setting up the story and cashing in on the conclusion. There’s a whole middle section the story doesn’t often need. In novellasâdare I suggestâyou can just leave out all that boring stuff. Also you can work with a sustained mood that sometimes might feel forced in a longer work. It’s basically all win in novellas. 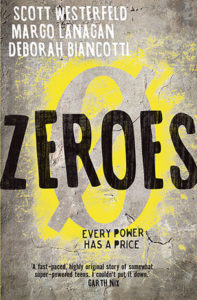 5. Youâve been working with Margo Lanagan and Scott Westerfeld on the Zeroes series – howâs the experience of collaborating been?

Collaborating can be very tough and very rewarding. It’s exciting to have THREE minds working on a problem, it’s great to have a fellow aficionado who’s already up to date on your story and always available for brainstorming or playing sounding board. Also few ideas get lost because someone will remember the what or why of your scene, even if you’ve forgotten. Also it’s fascinating to get an early reader reaction to decisions you’ve made or characters you’ve created. Fascinating, surprising and occasionally rewarding.

Of course the pay-off is: working to other people’s timetables; having to share drafts before you want to; suffering through character developments you’d rather not write but you have to because they’re part of the overall story; watching what people do to YOUR characters when they end up in THEIR chapters, ugh!

But the gains exceed the pains. I’d love to do more collaborations.

I could write out a totally boring list of hundreds of names here, but instead I’m just going to share something I recently learned about Leslie Charteris. He was the British-Chinese author of The Saint books. Well, he authored the first several. Harry Harrison and several other authors also wrote The Saint books under the Charteris’ name.

Charteris was born in Singapore and raised in Britain. During his first year at college, he sold a novel and left college. His first Saint book was published before he was twenty, but he basically disowned that book and spent later years pretending the second book was first. Still with me?

There’s over fifty Saint books now, and they weave a meandering path through formats and authors. But the thing I really wanted to share was the fact that a whole bunch of those famous Saint books aren’t novels. Meet the Tiger (the disowned first book) is a novel, but the second and now more famous Enter the Saint is actually a collection of interlinked novellas.

Now. How liberating does that sound, eh?

I suck at drawing lines, so I end up writing all of them, and more.

Okay, let me go with the novels that most often re-cur to me for no apparent reason, and so have apparently marked me in some permanent way:

9. You get to invite five fictional characters for drinks and general shenanigans: whoâs on the guest list?

Oooh, this is gonna be so much fun! I’m sorry, Oscar Wilde, but you’re not fictional, so even though you’re my regular literary date, you don’t get an invitation to this one. I’ll have to go with:

10. Whatâs next for Deborah Biancotti?

Well, we’re wrapping up the Zeroes trilogy in 2016-17, and I’m working on a couple of solo novels. I can never just work on one thing at a time anymore, so I’m being very strict with myself and trying to finish a first draft of one before I move onto another. I now have YA and adult story ideas, and I’ll probably have to choose one or the other direction at some stage. But for now, I’m just rolling with it. We’ll see which one naturally takes the lead in the next couple of years.