What the hell was that? Well, it certainly put a crimp in things to say the least â no travel, no face-to-face teaching, projects delayed (including a super-exciting one that I still canât announce), work drying up like a river in a drought, and oh yes, fear of death, and washing your hands like Lady Macbeth on some sort of drug.

It wasnât all bad, however. I had a roof over my head, a safe place to shelter, good people and dogs for company, plenty of food and, apparently most importantly, an elegant sufficiency of toilet paper. My family and friends stayed safe. Online teaching for the Australian Writersâ Centre helped pay the bills and kept me engaged with people (as opposed to sitting under my desk, rocking back and forth). I also finished writing The Tallow-Wife and Other Tales (at long last), and I spent a chunk of the year doing the edits on All the Murmuring Bones â huge thanks to my editor Cath Trechman and all at Titan whoâve gotten right behind this book. I also worked on Morwood, my next novel for Titan (finishing it now, I promise). The editing course â Shape, Cut, Polish â I wrote for AWC was launched. Plus I got to work on some film and tv stuff with the wonderful Vicki Madden of Sweet Potato Films.

And I also had some work published, so huzzah! 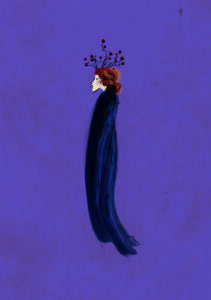 The Heart is a Mirror for Sinners and Other Stories was published by the lovely PS Publishing in a limited edition hardcover. Winter Children and Other Chilling Tales was released as a paperback by Brain Jar Press â previously it was only in the form of 200 limited edition hardcovers from the lovely PS Publications (and there might still be some available for the completist). And my teeny-tiny collection of microfictions, Red New Day and Other Microfictions was published by Brain Jar Press. 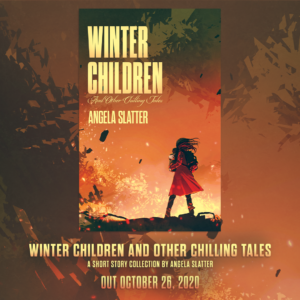 In terms of new short stories, I sold my first original piece to Nightmare Magazine, âThe Wrong Girlâ. âThe Three Burdens of Nest Wynneâ was published in Strange Tales: Tarartus Press at 30. âNew Wineâ appeared in the Cursed anthology edited by Marie OâRegan and Paul Kane. âSame Time Next Yearâ was in Mark Morrisâ Flame Tree Press anthology, After Sundown. And the two new stories in The Heart is a Mirror for Sinners were âReading Off the Curriculumâ and âBut for an Lâ.

The 2020 reprints were, âOur Lady of Wicker Bridgeâ, âNo Good Deedâ and âHonor Thy Motherâ all online at The Dark Magazine; and âPale Tree Houseâ and âThe Living Bookâ, both of which were translated into Japanese and published in The Night Land Quarterly.

So, survival and writing. Iâll take it. 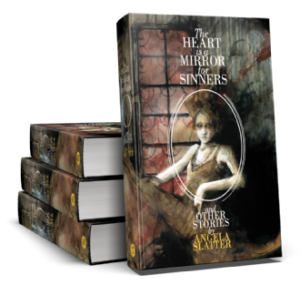 The Tallow-Wife and All the Murmuring Bones will be launched this year, as will my contribution to Brain Jarâs Writer Chaps series, You Are Not Your Writing and Other Sage Advice. Iâll be writing a novella for PS Publishingâs Absinthe imprint, and editing Darker Angels for their Electric Dreamhouse imprint. With some more teaching and editing. 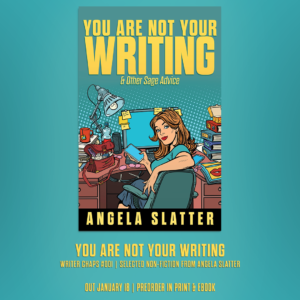 Thatâs all I know.

This entry was posted in News and tagged 2020 in review, All the Murmuring Bones, angela slatter, Brain Jar Press, fairy tales, Red New Day and Other Microfictions, sourdough and other stories, tartarus press, The Bitterwood Bible and Other Recuntings, the tallow-wife and other tales, Winter Children and Other Chilling Tales. Bookmark the permalink.