And Then interviews: Kelly Gardiner 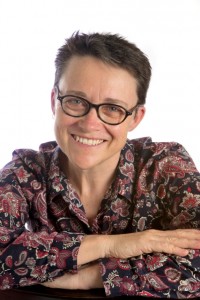 I love writingÂ adventure stories featuringÂ adventurous women, and I have always loved the idea of femaleÂ bushrangersÂ andÂ highwaywomen. I alsoÂ wanted toÂ look at the ways in which different classes mingled on the goldfields during the Victorian gold rush ofÂ the 1860s, and the cross-class friendships and relationshipsÂ that sprung up – in this case between two young women from very different backgrounds, living in this harsh and pretty wild environment. There was so much sudden wealth, and also so much desperation, and corruption. Everyone was out of their depth or exploring new parts of themselves. It’s a fabulous setting – like Deadwood, without the swearing.

Now I’ve written it, I hope to write more about âBoots and the Bushrangerâ. They were immensely entertaining – for me, anyway.

It’s such a great idea to acknowledge the importance of adventure tales – ripping yarns – in story telling, and to do it in an anthology that crosses genre boundaries. I haven’t read any of the other stories, but the roll call of writers is so diverse, and with so much talent, it’s going to be fascinating.

It gives you the chance to focus on a moment – a change, a point of no return in someone’s life. We don’t know what happens next, or what came before, and that leaves everything open to the imagination. The moment can be subtle, or an adventure – an epiphany – that changes everything.

The form allows you to write very precisely – it has its own tight structure, its own traditions, if you like, especially the grand tradition of the short adventure tale.

So positive. In a pragmatic sense, people are rediscovering short fiction, and non-fiction for that matter, as a perfect reading experience in a busy life. But more broadly, writers are experimenting with the form, asking it to do all kinds of different things, and it’s very exciting.

I’m just finishing work on 1917, a novel for kids set in the First World War. It’s part of Scholastic’s Australia’s Great War series, and focuses on aviators on the Western Front and the conscription debates at home. Then, I’m off into historical fantasy land, working on another novel called Wildfall.

Kelly Gardinerâs books include Act of Faith and The Sultanâs Eyes, both of which were shortlisted for the NSW Premierâs Literary Awards. Her latest book is Goddess, a novel based on the life of the seventeenth century French swordswoman, cross-dresser and opera singer, Mademoiselle de Maupin.