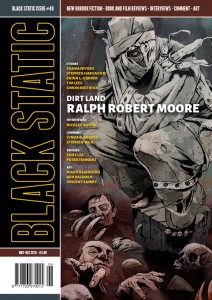 Not only does the most excellent Black Static issue 49 contain wonderful dark fiction by (among others) Thana Niveau, Simon Bestwick, and Erinn L. Kemper, but also a most kind review by Peter Tennant of The Bitterwood Bible and Other Recountings, which ends with this:

Okay, having exercised restraint so far, itâs now time for me to gush. This is a collection of stories in which each individual work is a perfectly crafted gem, and the whole is considerably greater than the sum of its parts. Slatter creates a fantasy world, but she populates it with real people, wise women and malicious men, heroes and villains, monsters and magicians. It is history told largely from a female perspective, with the emphasis placed squarely on the preservation of knowledge and reverence for learning, rather than warfare and struggles for power, though those too are represented.Â  As intricately plotted as Martinâs magnum opus, and with similar outbursts of bloody violence (often steeped in misogyny), this is not escapism regardless of its fantasy label, but its diametrical opposite, through the medium of a made up world showing us reality in all its ugliness and beauty. As of todayâs date, I rate The Bitterwood Bible and Other Recountings the best book I have read so far this year. 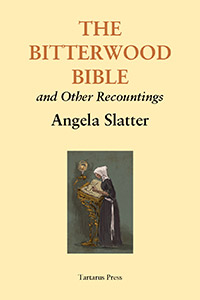 And if none of that sells you on the collection, by way of bonus material thereâs an introduction by Stephen Jones, an afterword by Lisa L. Hannett, and accompanying the text more than eighty line drawings by Australian artist Kathleen Jennings, all of which makes for a very impressive literary package, one that the fictional content more than lives up to.