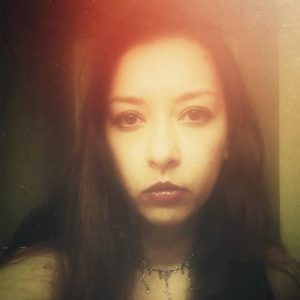 doungjai gam is the author of glass slipper dreams, shattered (Apokrupha) a collection of flash fiction and prose poetry; and the forthcoming chapbook watch the whole goddamned thing burn (Nightscape Press). Her short fiction and poetry has been published in LampLight, Now I Lay Me Down To Sleep, Wicked Haunted, and Lost Highways, among other places. Born in Thailand, she currently resides in southern Connecticut.

Haaa, how do I answer this without the use of self-deprecation?

So, I write short and spooky things. I tend to write quiet horror, but I’ve been expanding my horizons and dipping my toes into the crime and noir pools. The bulk of what I’ve had published thus far has been micro and flash fiction, prose poetry and the occasional free verse poem. In the last year or two I’ve had a few longer stories published (well, longer for me). I lean more towards examining the monster within, but I love a good ghost story. My first collection glass slipper dreams, shattered came out last August from Apokrupha.

The short version answer would be: real life events, but it’s a bit more involved than that (I’ll apologize in advance for rambling).

At AnthoCon 2015, Jacob Haddon (who runs Apokrupha) asked me about doing a collection. He’d published me the year before in LampLight Magazine and was a judge for the Necon E-Books monthly flash fiction contest, so he knew my work. It was a few months before we got a game plan together, and I set to work on gathering older pieces and writing new ones for the book.

And then came 2016. If I had to sum up the year in a single word, it would be death. There were a few hard and untimely losses that year and the year before, but the toughest one to deal with was my younger brother passing away unexpectedly at 37. My marriage also ended, and for the first time in my life I was on my own. I spent a lot of that time healing and writing, just trying to get my shit together. I noticed over time that there was a bit of a theme to the stories and I had joked with Jacob that the subtitle to the book should have been, ‘stories of love and death,’ but there’s also plenty of sorrow and short-short stories from weird POV’s (a lake, a dandelion, a cat, the child of Mother Nature). It took me three years to get this book together, and while I’ve apologized to Jacob several hundred times over, I think in the end it was the right amount of time needed.

I think maybe, but in a subconscious manner. I grew up on a diet of Disney fairy tales and 80’s sitcomsâ¦you know, happily ever after or having a new problem every week that gets solved twenty-five minutes later and you never hear about it again. Plenty of folks do okay without a Prince Charming and not everyone gets a happy ending. I do need to get re-acquainted with the Brothers Grimm and the likeâ¦I remember having a two volume set of fairy tales when I was a kid. I don’t recall who published it or what the titles were, just that they were hardbacks and larger-sized, like a coffee table book (I can’t even find the covers when I use Google). But I’d like to get my hands on those again. Also, my partner found a book for me on Thai folklore and mythology, and I’m eager to explore that route.

I have shame in admitting that I’m very under-read when it comes to the classics. I like Poe, but I’ve never read Lovecraft (and I feel like I’m losing my New England Horror Writer cred for the latter part of that statement). As far as more current-day, King, Koontz and VC Andrews were influential on me before I knew I wanted to be a writer. My writing mentor Thomas Tessier has been a huge influence personally and professionallyâI still send him stories to beta read. Gary Braunbeck, because of how beautifully he weaves sorrow into his writingâevery one of his novels I’ve read has made me cry. The late and dearly missed Jack Ketchum, who once told me it was all about the details. Brian Hodge wows me with his words. One of my earlier influences was Sherman AlexieâI’ve said for years that he has a talent for making you laugh at the beginning of a paragraph and you can be in tears by the end of that same paragraph. And of course, my partner Ed Kurtz influences me and inspires me to do better.

So, ‘burn’ is a bleak little tale about a Thai-American girl named Sammi who has been dealing with the fallout of a tragic accident and the consequences it has on her and her mother. Like most of my stories, there’s a bad relationship and a lot of loss, sorrow, and revenge. Oh, and there’s also a fire or two.

‘burn’ will be coming out in late spring from Nightscape Press as part of their Charitable Chapbooks series, in which a portion of the books’ sales will go to a charity of the author’s choice. I chose Trans Lifeline, which is a trans-led non-profit dedicated to fighting the trans suicide epidemic and helping to improve the overall lives of trans people. I know of at least one friend who has benefited from their guidance. In a time where the rights and lives of trans people are being threatened because of who they are, that they’re thought of as less than human, I want to help in whatever way I can. I wish people would realize that what goes on in other peoples’ bedrooms, or how someone identifiesâit is most likely never going to be any of their business, and they need to shut the fuck up and pay mind to their own matters. So many people are so afraid of what lies outside their definition of “normal” that they’d rather mock and destroy rather than get educated.

Lots of things. I have anxiety and so much distresses me. I’m not a huge fan of spiders, but Ed is working on that with meâhe used to own tarantulas, and I wouldn’t be adverse to the idea of having them around (though I’ll let him feed them), but it’s the freakishly huge ones and the poisonous ones that give me the creeps. Also, decision-making and how the unknown outcomes will play out. Sometimes you get burned and hopefully learn a lesson, and other times the outcome is the best thing and you think, why didn’t I do this sooner? But that time period before you decide can be quite paralyzing and my tendency is to freeze as opposed to fight or flight.

I had to think long and hard about this one, but I keep coming back to the Dollanganger series by VC Andrews. I think I read the Casteel series first, back in eighth grade (thanks to my friend Annette, who had let me borrow her copies), and I went out and bought Flowers in the Attic and got hooked. I was devastated when I read a note to the reader at the end of Petals on the Wind that she had passed away (I was reading these in 89-90, so it had been a couple of years). I still go back every so often and re-read them. I don’t think they quite stood the test of time for me, but those books definitely opened my mind to the notion of creating my own worlds and characters.

I mentioned earlier that I do love me a good ghost story. Another idea I’m so fond of is perceptionâis this a supernatural happening, or is this all in their mind? Thomas Tessier did a spectacular job with this in his novel The Nightwalker. The movie Hereditary covered this wellâare the events supernatural or is this stemming from mental illness that clearly runs in the family? I love how it can be taken in more than one way. After going through trauma, there’s so many things that happenâyou’re grieving; you’re more susceptible to suggestion; you can be taken advantage of; you can have a mental light switch go off in your head and come to the realization that if something doesn’t change, you might die soon; you might come close (if not fully) to losing your sanity (I say all of that from personal experienceâ¦your mileage may vary, of course).

As far as what I’m not fond of, I’ve grown a little tired of vampires and zombies. I mean, clearly there’s an audience out there for that, but to me it seems like it’s been overdone. Having said that, one of my favorite movies from this century is Let the Right One In (gonna throw in a quick recommendation here: Little Star by John Ajvide Lindqvist is excellent).

Little Red Riding Hood, and that’s only because I had to google Tatterhood! 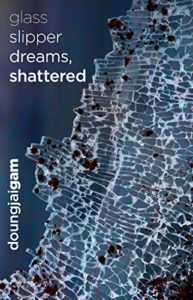 Besides the chapbook coming out in a few months, not a whole lot. I do have a story that will be reprinted later this year, but it hasn’t been announced yet so I need to stay mum for now. I’ve got a couple of stories out for submission, so we’ll see how that goes. Beyond that, it’s all a bunch of ideas I need to get in shape. My partner has been encouraging me to write a novella, so a goal this year is to finish the one I started about four years ago. I also have an idea for a novel or two and several short stories.