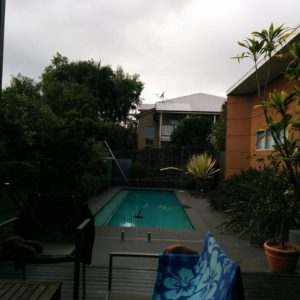 As it is today, overcast and cold.

Those of you who know me well will be very aware that I hate exercise – possibly because I have on more than one occasion screamed âI hate exercise!â Iâm subtle like that. In the cold dark hours of the night I have been known to yell at Walter the Fitbit âYouâre a liar! A filthy, filthy liar!â When my beloved sister talks about the sport she is watching, my eyes roll back so far in my head that I can hear rattling and I enter the Coma Zone.

I loathe it, it hurts, thereâs sweat and stretchy fabrics involved, and I consider it a punishment for having eaten. I know I am not alone in this BUT I also know that Iâm not necessarily right.

Keep in mind that two of my girlfriends are the fittest people I know. I love them, I adore their enthusiasm, I would do anything for them – but this in no way detracts from the fact that I also occasionally want to set fire to them and see how long it will take the lycraâ ¢ to melt. Rest assured that I WILL NOT DO THIS.

Iâm self-aware enough to know that this is absolutely nothing to do with them. This is nothing to do with our friendships or the depth of feeling and respect I have for them. Itâs all to do with my personal malfunctions formed in childhood. Being forced to play sport when youâre a pudgy klutzy kid with no hand-eye co-ordination who rather be reading a book? Better yet, make it competitive sport, so everyone can see you fuck up and fail. I know my parents were trying to do the right thing (itâs okay, Mum, I donât blame you, I wonât write a tell-all book about it), to ensure my health and well-being; I know they struggled with having a kid who did not want to DO THE SPORTING, who was not like the other children.

So, self-awareness notwithstanding, I cannot foresee a time in my life when I will decide I love exercise. However, Iâm also aware that a decrepit old age is not to be looked forward to, that there are changes I need to make in order to avoid that. Change is hard. Iâve always tried to be adaptable because I know that staying the same is not always healthy. But change is really freaking hard.

Those of you who know me really, really well, will also be aware that my 2016 was a weird mix of astonishing personal tyre fire and career huzzahs. While Vigil was launched and did really well, I broke up with my long-term partner, I tore the meniscus in my right knee, then messed up the left knee just so the other one wouldnât feel so lonely, two family members were diagnosed with cancer, the death of another, I had to schlep around the UK for four weeks using a cane (and the UK is not disability-friendly), then return home and pack up the last six years of my life and move. I had to put the majority of my books in storage, which felt like the final heartbreak. 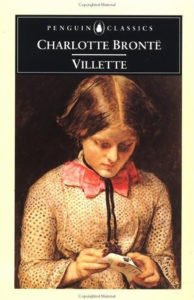 Now, before you judge me on my priorities, consider this: those books have been my solace for a really long time. Some of them have been with me since I was very small; theyâre my oldest friends, they carry memories of love in them. I remember who gave them to me, who I was with when I read them: my battered copy of Heyerâs These Old Shades came from the hand of my Gran Slatter; the Heritage of Britain book was a Christmas gift from my parents when I was sixteen, and I dreamed over that book for so very long; my copy of Clive Barkerâs Cabal came from my sister – a replacement for the one she loaned to a boyfriend many years ago who did not return it (the motherfudger). My copy of Villette came from my friend Lisa Robinson when we were in Israel and my heart was broken; the book was hers, sheâd not wandered out into the Negev to find a bookstore, sheâd given me a book that had given her comfort when she was heartbroken – this book carries love and pain and comfort with it. I re-read it once a year, I have given copies to friends who needed it (although not this copy); sometimes when I open its pages I imagine that sand falls out, that the golden days in the desert are somehow still embedded within. Itâs on my shelf, the cover was clawed by my sisterâs cat, the book is battered, but itâs one that I did not put in storage. Itâs one that came with me – just as I will NEVER set my superfit GFs on fire, Iâll never leave this book behind.

My books are my memories, theyâve been a refuge from many things (not just sport). They were my teachers, they held and still hold new worlds. Theyâre my past and contain fragments and hints of my future; they are part of who I am today and who I will become.

âWhere is this all going?â I can hear you ask. âAre we already in the bit about hallucinations? Is this contagious?â

Yeah, probably, but there is a point to this. At least, I think there is.

I havenât been in the pool for about six weeks because itâs cold. Yes, I know itâs only a Brisbane winter, thereâs no ice and snow, but I am accustomed to a certain degree of warmth in my watery elements, and that is not currently present in the pool. Getting to a heated pool is time-consuming and annoyance-causing. But because Iâve not been in the pool, not doing my exercises, the knees and back and hips have been aching. So, Iâve been looking longingly at the body of water in the back yard, trying to psych myself up – a process that sometimes involves thoughts about buying wetsuits, which generally then downgrade to âI wonder if I could wear a tracksuit in there?â

But the other day a friend said, âJust jump in. Youâll feel better.â

It was simple, really. 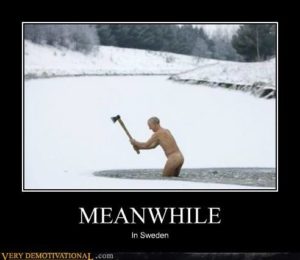 And it was fucking freezing.

I will admit that the first five minutes were devoted to cursing his name, plotting revenge and thinking that I would be speed-dialling the flying monkeys and sending them to his house the moment I got out of the water.

Yet somewhere between thoughts, between âI think my breasts have frozen offâ and âA polar bear is chasing me, I must swim for my lifeâ, I found a sweet spot of about 30 minutes. And in that 30 minutes, there is a quiet place, there is zen, there is the comfort and vaguely masochistic pleasure of the burn in my muscles because itâs the only warmth anywhere in that goddamned swimming pool. But there is also definitely âbetterâ. Iâm on day three of this: I feel better, my mind is clearer, my aches and pains are not gone but are falling away. I swim until there is no longer that burn in my muscles; I swim until the creature I like to call âHypothermia the Hallucinatory Polar Bearâ turns up at my shoulder and says âHey, kid? Itâs time. No, really. Itâs time, youâre not meant to be this shade of blue.â

I resist the impulse to shout âYouâre not my real mum!â and I get out of the water.

For me, the pool is not just about the physical activity. Itâs the quiet space where the mind can rest, can sort out all the shitty spaghetti of life, the tangled wool of emotions and expectations and fears and insecurities (âMy book will fail! Iâll have to go back to an office job!â âNo one will ever love me again!â âI broke a nail!â âWTF is up with my hair?!â âI will never solve this plot problem!â âINSERT GENERAL FIRST WORLD HOWL HERE.â). Itâs calm and I can manage everything there because thereâs nothing else I can do except move my arms and legs and concentrate on not freezing.

I can do it there because thereâs just the sound of the water and itâs primal. In The Silence of the Lambs, Thomas Harris wrote a scene where Ardelia Mapp finds Clarice Starling asleep in the laundry, curled up against the washing machine: â… yet it was Mapp who knew that the washing machine’s rhythm was like a great heartbeat and the rush of its waters was what the unborn hear – our last memory of peace.â

I love it. It is simple and it is true. And this is what I love about writing, about those who can shape words to shape our hearts, to shift our minds, to make us better people, to show us our darknesses but also a path to the light. To make us brave. To make us just jump in.

Thereâs a storage shed down the road with a lot of my old life in it. There are still a few boxes here in the house that I will soon clean out, if only so I can make a fort. And while there are things I will eventually keep from that old life, there is much I will let go.

This entry was posted in News and tagged "A Visitor from Down Under" by L.P. Hartley, angela slatter, blogging, books, charlotte bronte, exercise, reading, Silence of the Lambs, sport, Vigil, Villette, writing. Bookmark the permalink.