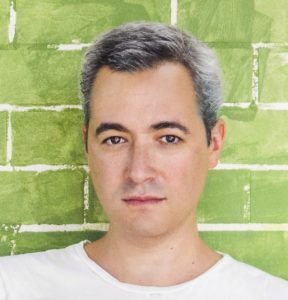 Robert LevyÂ is an author of stories, screenplays and plays whose work has been seen Off-Broadway. A Harvard graduate subsequently trained as a forensic psychologist, his first novelÂ The Glittering WorldÂ was a finalist for both the Lambda Literary Award and the Shirley Jackson Award. Shorter work has appeared in magazines, journals, and anthologies likeÂ Black Static, Shadows & Tall Trees,Â Strange Aeons,Â Autumn Cthulhu, andÂ The Brooklyn Quarterly, among others. A Brooklyn native, Robert is currently at work on a number of projects in various media including a television pilot, a scripted podcast, and a new novel. He can be found atÂ TheRobertLevy.com.

Over the same weekend, my great-aunt and great-uncle (my grandmother’s sister and her brother-in-law) died two days apart from each other. Due to the close timing, as well as various mourning customs, our family had two separate viewings, two separate burials, and two separate wakes, all at the same locations but spread over the course of a week. This occurred amidst a frigid and epic blizzard that blanketed New York and the cemetery, complicating everything from the service to the actual burial arrangements; we could barely make it to the gravesite. Needless to say, death and snow both weighed heavily on my mind.

I’m also a big fan of Mahalia Jackson, and one day I had her song “In the Upper Room” in my head, which I’ve loved since high school. It struck me that I actually didn’t know what the upper room referred to, so I looked it up and discovered it’s the room where the Last Supper took place. Another name for the upper room is the cenacle, and a secondary meaning of cenacle is a small group or clique. The dual meaning of this word, coupled with the aforementioned personal background, provided me with the main ingredients for my less-than-wholesome stew.

No, but I can remember the first novel that made me think I wanted to be a novelist, which was VELOCITY by Kristin McCloy. For years during high school and college I wrote almost exclusively in first-person/present-tense in homage and imitation of that novel (and sometimes still do)!

The Bible, The Collected Works of HP Lovecraft, two comprehensive manuals on survivalism, and In Search of Lost Time, aka Remembrance of Things Past (which I’ve never read but it seems like a good occasion). 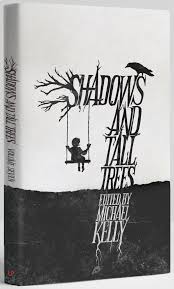 Working on a novel, a few stories, a screenplay, a scripted podcast, and a television pilot. Oh, and figuring out how to build a fire in case I’m ever stranded on a desert island. Hopefully I won’t have to burn the Proust.