Interview with the Princess: Alethea Kontis 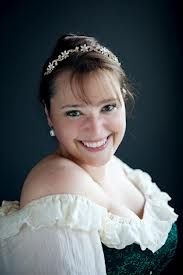 New York Times Bestselling author Alethea Kontis was kind enough to answer some questions for me amidst the hurly-burly of her mad schedule. She is the author of the acclaimed Woodcutter Series (Enchanted, Hero, Dearest), the short story collection Wild and Wishful, Dark and Dreaming, the AlphaOops! Series, and The Dark-Hunter Companion (with Sherrilyn Kenyon). Her collection Beauty and Dynamite will be re-released in April this year, and her Fairy Tale Rants on the Tube of You are well worth a watch.

1. First things first: when did you first decide you wanted to be a writer?

I was never fanciful about “what I wanted to be when I grew up.” I made the decision to be a writer at eight years old. It was 1984. I was an actress at the time, but I had been an avid reader since the age of three. We did a poetry unit in school, and I remember having a moment of shock when I realized I could do this. And not only that, but I was pretty good at it, too.

Also, the summer of 1984 saw the release of Romancing the Stone. My big sister had married the son of a movie mogul, so I literally spent all my summers growing up at the theatre. That year, I wanted to be Joan Wilder…and I never changed my mind.

2. Can you remember what the first fairy tale was to make an impact on you?Â 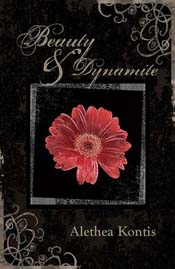 And who told you your very first fairy tale?

My father read to me to sleep every night from the time I was a baby. By the time I was three, *I* was reading the books and *Dad* was the one falling asleep. Because it was such a young age, I don’t actually remember a time when I didn’t read. I also don’t remember the first fairy tale — I just remember having a lot of picture books with them, so many that my maternal grandmother gave me a giant tome of unexpurgated Grimm and Andersen tales for my eighth birthday (1984 was a pivotal year for me!).

I read that book from cover to cover many times. They were all my favorites: standouts include “The Goose Girl”, “Snow White & Rose Red”, “Cinderella,” “The Wild Swans”, “The Little Match Girl” and “The Little Mermaid.”

Three things inspired the Fairy Tale Rant Series: 1.) John Green, 2.) My cousin Alexandra, and 3.) the kids at the afterschool program where I sub.

1. ) I met John Green before I knew who he was (at a small Michigan library event celebrating the release of Paper Towns), and subsequently became very impressed with his desire to pass knowledge on to the next generation. In a way, that’s what Mr. Rodgers and Mr. Wizard and Shelley Duvall and all those other folks I admired so much tried to do…why shouldn’t I be one of them? Especially with an acting background… 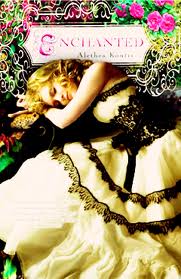 2. ) Last year, my cousin Alexandra asked me to accompany her to Vidcon, a convention of Youtubers inspired and sponsored by John and Hank Green. I knew my way around conventions, but I had only scratched the surface of YouTube. Fifteen year old Alexandra was both my teacher and guide. What I discovered was a wonderful community of young people eager to discover new things. I just needed to decide what to talk about. Vlogs with a purpose seemed more fascinating than just random life stuff…

3.) Ultimately I decided on fairy tales…my favorite topic of conversation with the middle schoolers at the YAS (youth afterschool) program where I sometimes work. I ask the kids what their favorite fairy tales are and get answers like “Tangled”…at which point I educate them on the Grimms’ “Rapunzel” and “Cinderella.” By the time I get to “Fitcher’s Bird”, even the boys are in rapt attention. When I realized that the current generation knows nothing about fairy tales and nursery rhymes beyond the realm of Disney, I knew it was my duty to change that awareness.Â

4. As a child, who was your favourite fairy tale heroine? And now as an adult?

My favorite has always been the Goose Girl. When I got older, I realized that she was still a fairly passive player in the events that unfolded around her, but she 1.) was the daughter of a sorceress (who else has a talking horse!) and 2.) surrounded herself with powerful and clever friends who helped turn her situation around. Sometimes in this life, a problem is just too big for us to solve alone. In those instances, our friends are our most valuable asset.

5. When youâre writing something new, do you pick the backbone of a well-known fairy tale and hang your own story on it? Or does the shape come along organically? 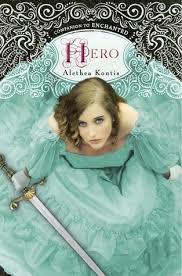 Hmm…it’s interesting. I never really thought about it this way. As the daughter of a family of storytellers, my process is indeed very organic. I think perhaps what I start with is me, and my personal experiences and feelings. That is the backbone, and the fairy tales weave themselves around that.

6. Who is your favourite fairy tale villain?

You know, it’s such a fad nowadays to glorify the villain. I never liked villains, because they are Bad Guys. I was raised not to like Bad Guys. I’m afraid I don’t have a “favorite” villain. I just find this whole phenomenon a strange thing.

7. Do you think fairy tales will always have something to say to readers and writers? 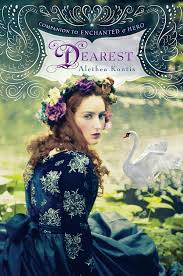 8. What is your favourite fairy tale trope/motif/element to riff on?

I never think about these things while I’m writing…but it has been brought to my attention that my fairy stories have a plethora of 1.) loss 2.) mirrors and 3.) people working together to save each other. (Of course, judging by this interview, one might expect me to have a plethora of parentheses and numerical lists…)

9. You travel a lot for appearances and cons – how do you organise your life to fit in writing, relaxing, family, all the other stuff?

This year, my life has actually become so chaotic that I’ve thrown all ideas of discipline and organization right out the window. I would love to have a “typical writing day”, but I’m at home so little now, and at such odd times, that this sort of thing just doesn’t happen anymore. What I do instead is PREPARE FOR EVERYTHING, and work during every available moment I have in between. And if that means updating social media while in the bathroom during a dinner party, SO BE IT.

10. What is next for Princess Alethea? 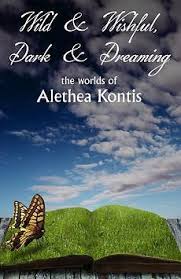 Next up for me is World Book Night, April 23rd, where about 50,000 copies of Enchanted will be distributed throughout the US. After that, Hero won’t be out in paperback untilÂ  Jan 2015 and Dearest (Woodcutter Sisters Book Three) won’t be out until Feb 2015, so I have lots of plans for writing this year. Expect very big things from me in the very near future…including the updated rerelease of my infamous essay book Beauty & Dynamite, and the rest of that trilogy.

Stay tuned to Princess Alethea’s Fairy Tale Rants for all the updates!