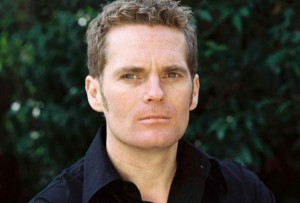 Sydney author James Bradley’s new novel Clade has recently been released into the wild. His three previous novels, Wrack, The Deep FieldÂ and the international bestseller The Resurrectionist, have all been widely translated, and won or been shortlisted for major literary awards. Heâs also written a book of poetry, Paper Nautilus, and edited the anthologies, Blur and The Penguin Book of the Ocean. Not only that, he’s been shortlisted for the Aurealis Awards in the Best Horror Short Story category for his tale “Skinsuit” (which originally appeared in Island Magazine #137).

Clade is a multi-generational saga about family, love and loss in a world 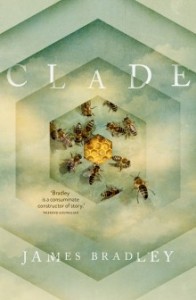 irrevocably warped by environmental change. Gary K. Wolfe of Locus online has said: “[Clade] is among the most literate and humane contributions to that slowly emerging tradition of what is sometimes called ”slow apocalypse” fiction . . . It’s his astute management of chronology, as each section leaps years ahead of the preceding one, that generates the novel’s haunting and elegiac feeling, making it a near-epic of loss, remembrance, and steadily diminishing hope.”

So, what do readers need to know about James Bradley?

Iâm never quite sure what to say when people ask me that! I guess the answer is that Iâm a writer whoâs published four novels (Wrack, The Deep Field, The Resurrectionist and, most recently, Clade), a book of poetry, Paper Nautilus, and a fair number of shorter things. Iâve also edited a couple of anthologies, the most recent of which was The Penguin Book of the Ocean, and I write and review for newspapers and magazines, as well as running a blog, and in 2012 I won the Pascall Prize for Australiaâs Critic of the Year. I live in Sydney with my partner, the writer Mardi McConnochie and our two daughters.

Where did the inspiration for Clade spring from?

Iâd been trying to find a way of writing about climate change for a long time, but although Iâd managed to get at it tangentially in a few short stories (in particular âVisitorsâ, which was published by Review of Australian Fiction) and non-fiction Iâd always found the subject too complex and unwieldy to really get a grip on. But after we had kids I found the whole subject started to take on a different edge, as it began to become clear to me just what a disaster weâre leaving them. 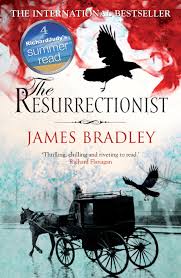 So many. Le Guin, Ondaatje, Gibson, Dickens, George Eliot, Margaret Atwood, Tolstoy, Lorrie Moore. Just lately Iâve been blown away by Helen MacDonaldâs astonishing H is for Hawk, and Iâve been rereading Auden and Heaney, who remain as astonishing for ever. And Clade takes some inspiration from Kim Stanley Robinsonâs Mars books, as well as a lot of recent nature writing.

You wrote a novelette Beautyâs Sister for Penguin a couple of years ago – how did that come about?

I wrote âBeautyâs Sisterâ as a sort of experiment â Iâd just abandoned a novel quite a long way through the editing process, so I wanted to try something completely different. And one day I woke up with the narrator, Juniper, in my mind, and a series of questions about what it must have been like to be Rapunzelâs parents. After I wrote it I really had no idea what to do with it, mostly because it was so long, and then, out of the blue, Penguin approached me to say they were setting up a digital publishing initiative called Penguin Specials, so I sent it to them and they liked it. Interestingly they later republished it as a physical book, which was great, because it meant it found a whole new audience. Since then Iâve written several more fairy-tale themed stories, partly because Iâm so fascinated by the weirdness of fairy tales, their psychological elisions and strangeness, partly because I feel like thereâs something in them I havenât quite got at yet.

How does Clade differ to your previous novels? 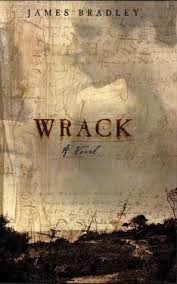 Because my books bounce around so much in time people tend to think theyâre very different to each other, but Iâve always thought they share quite closely allied interests, and that there are some strong commonalities binding them together: if nothing else theyâre all interested in time, and mortality, and continuance (they also all tend to explore questions about unsettled identity).

Yet at the same time each one is written as a reaction to the last, which means they tend to diverge quite violently stylistically and in terms of subject matter. With Clade I was reacting to The Resurrectionist, which was both a very difficult book to write and ended up being a deliberately disordered and stylistically dense novel in which the voice does a lot of the work, and at least partly as a result of that Clade is a much sparer and cleaner novel. That contrast is on purpose, partly because I couldnât face the thought of writing a book as unsettled (or unsettling) as The Resurrectionist again, partly because when I began Clade Iâd developed an almost visceral distaste for writerly writing. But I also wanted it to be a more hopeful book, because at the end of the day I feel like we need to find ways of thinking about the future which allow us the possibility of changing it.

I started writing in my early 20s, when I began publishing poems. Before that Iâd always felt like I saw the world slightly differently from the people around me, but Iâd never really known how to express that. After a year or two I decided I wanted to try and write a novel that did the things with language and form I was trying to make poetry do, but on a much larger scale. I suspect in some ways Iâm still trying to do that. 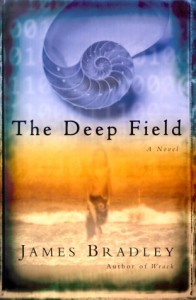 Which book would you say taught you the most about writing?

I suspect the book of mine that taught me the most about writing was The Resurrectionist, although sadly a lot of it was about what not to do, or not to do again. But I think all of them have taught me things, and each new one is about trying to do various things better than I did the last time. In terms of books by other people Iâm not really sure â in recent years Iâve been fascinated by the way Alice Munroâs stories manage to do cover such big spans of time without ever seeming truncated, so a story feels as full as a novel, and I love the incredible acuity of Hilary Mantelâs representation of psychology. There are also writers like Ondaatje who have taught me a lot about structure, and writers like Rachel Kushner and Don Delillo and others who have taught me about language.

Do you find it difficult, shifting gears between short and long fiction?

I love the scale of novels, their thickness and variousness, but I also love the narrative concision of short stories, the way they can turn you 180 degrees in just a few pages, so the pleasures of writing each are slightly different. But having said that I donât usually find shifting between thema challenge, although if Iâm working on a novel I find it almost impossible to do anything else, so convincing myself to stop for a week or two to write a short story can be difficult.

What’s next for James Bradley?Â 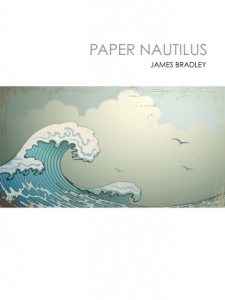 The $64,000 question. Iâve been writing a trilogy of YA SF novels which Iâm halfway through, although I still donât know what Iâll do with them. Iâm working on a couple of novels as well: one with graphic elements, and another which is historical, and Iâm slowly mapping out a couple of collections of shorter fiction. But Iâve also got a new adult novel slowly coalescing and feels increasingly interesting. Which of them gets finished first is a bit of an open question at the moment, all I know is I want whatever comes next to be new somehow, denser, more alive, and for it to feel urgent to me.