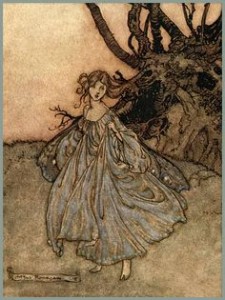 I’ve started a new novella today, Fitcher’s Bird, a modernisation of the old fairy tale mingled with a serial killer story. Because I’m cheerful like that, me.

Once upon a time there was a girl who lost her sisters, but she found their bones long after the flesh had fallen away.

She took those bones, they were hers, after all, who else had such a right to them? She planted these weird seedlings in the eventide, down at the bottom of her garden. She fed them with water and blood and dead things that no longer minded the uses to which they were put. She watched and tended the strange beds sheâd sewn.

She waited. She was patient as good sisters are. And then one night when the moon grew full and fat in the sky, she saw the soil begin to tremble, small avalanches of dirt trickling from the raised plots until, at last, pale thin fingers broke the earth and glowed beneath the midnight light.