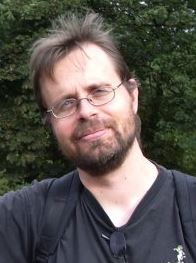 Perth-based writer Martin Livings has had over eighty short stories in a variety of magazines and anthologies. His first novel,Â Carnies, was published by Hachette Livre in 2006, and was nominated for both the Aurealis and Ditmar awards, and has since been republished byÂ Cohesion Press.

“Boxing Day” has been gestating for years.Â  I always thought that the day’s name was evocative, for a start, and the idea of a strangely primitive tradition in modern day Australia appealed to me.Â  I wanted to write a character story told essentially in fight scenes, with that competitive structure like a sports movie or Sam Raimi’s underrated western movie pastiche “The Quick and the Dead”.Â  And I loved the idea of a family torn apart by its own pride and inflexible traditions.Â  But it was the moment the lead character went from being a boy to a girl that the whole thing coalesced.Â  After that, it virtually wrote itself.

Lee and Dan want me to say that it was the chance to work with them, and that’s not entirely a sycophantic lie.Â  But I love antipodean tales as well, love writing in my backyard and reading stories set in other people’s backyards.Â  How could I resist?

As much as I enjoy novel writing, it’s a hell of a slog.Â  Short stories are a chance to tell a story and make your point quickly, which is both liberating and challenging.Â  Plus it’s where I started, and I always like going back. It makes writing fun again!

I read a science fiction book as a kid called SPACE EAGLE, basically just an adventure story in space, very simple, but that was a wakeup call.Â  Then short stories by Asimov, Clarke, Heinlein, all inspirational stuff.Â  I was amazed by the imagination they showed, and I wanted to do the same kind of thing.Â  I may have strayed somewhat from that hard SF path, mind you!

I’m currently shipping around for an agent/publisher for my zombie spy thriller SLEEPER AWAKE, which I’m very proud of and hoping someone other than me will like it!

This entry was posted in News and tagged At the Edge, Dan Rabarts, Lee Murray, Martin Livings, Paper Road Press. Bookmark the permalink.