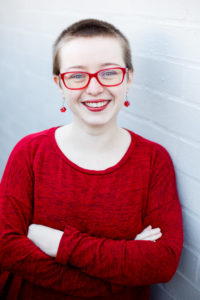 And today the truly delightful and piratical Meg Caddy takes over the blog to talk about Devil’s Ballast, Lambert Simnel as a dinner guest, and witch trials. Oh, and cats.

1. What do new readers need to know about Meg Caddy?

I am a cat-loving, tea-drinking, D&D-playing, cardigan-wearing, asexual, nerdy writer of YA adventure novels. New readers should probably know that my books sit right in the middle of the Venn diagram of feminism, history, and fantasy. I started writing my first book, Waer(a fantasy novel), when I was fourteen, and it was finally released by Text Publishing the year I turned twenty-four. I did an Honours thesis on pirates and piracy, and my second book Devilâs Ballast was published this May, also with Text.

2. What was the inspiration behind Devilâs Ballast?

Devilâs Ballast is historical fiction, but it focuses on the life and crimes of Anne Bonny, a real pirate who helped terrorise the Caribbean in the early 18th For some time she worked under the guise of being a boy, but eventually she was openly a woman pirate. No one knows for sure the fate of Anne Bonny, but while I was doing research for my Honours thesis I came across numerous suggestions that she settled down, married a friend of her fatherâs, had numerous children (one website suggested eighteen) and faded into history. These rumours have little historical evidence to support them, and they made me heartsick. It felt like the wrong end to the story. So I decided to rewrite it.

3. Is this part of an enduring love of pirates in general or a particular pirate? 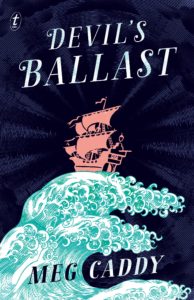 I am mad for pirates. I have photos of myself every year since Year 12 dressed as a pirate for some occasion or another. Thereâs something incredibly alluring about the micro-societies pirates formed, maintained, and worked within, and itâs particularly interesting when you throw a female pirate into what was very much a male space. I love pirate stories in general, and I started researching generally for a pirate novel in 2010, but it was only in the last five or so years that I honed in on Anne.

4. In general, who and/or what are your writing influences, classic and modern?

Iâm very lucky to be living in a time full of female fantasy writers. I grew up on Juliet Marillier (who has also been my mentor twice, and whose work I adore), Emily Rodda, Tamora Pierce, and Glenda Larke, among others. At the moment, Iâve been devouring books by VE Schwab, Leigh Bardugo, AJ Betts, Holly Black, and Anne Bishop. The focus on female fantasy protagonists, as well as men who do not necessarily model traditional masculinity, really shaped my writing. Iâm also a die-hard Tolkien fan, and I love Dickens and Shakespeare. In terms of nonfiction, I draw heavily on the works of world-leading pirateologists, David Cordingly, who was kind enough to meet with me in London to chat about Anne Bonny. In a real-world, very present sense, Iâm also very fortunate to live in Perth, where the Fantasy and YA/Childrenâs writing communities are so supportive and kind.

5. What was the first story you ever wrote?

Look, the first story I ever wrote was written on purple paper and it was about an egg named Eggelina, and my younger brother tore it in half and pinned it to my bedroom door like some sort of book serial killer, but Iâm going to pretend that didnât happen and instead talk about the LOTR knockoff I wrote when I was ten. It was called Rilla of Riddonan, and featured a small, bad-tempered woman with red hair, so I guess I was planning in advance for Anne even then. Actually, the villain was a woman named Milana, and I realised recently that an anti-hero in Waer, named Melana, matches the exact same physical description. Itâs amazing how we write in echoes of ourselves sometimes. My parents told me if I edited the book, typed it up, and approached it professionally, they would have it properly bound and we could have a book launch â so my twelfth birthday party was a book-launch party, and I made everyone dress up as characters from Lord of the Rings. My younger brother built a catapult and we literally launched the book â just as we did for Devilâs Ballast in May.At that first book launch when I was twelve, I realised I wanted to make a living as a writer. 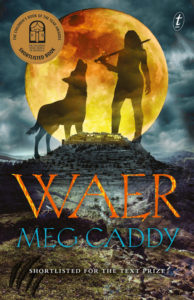 Itâs a little banal and probably funny to people who have read Devilâs Ballast, but Iâm terrified of sharks, octopi, and any number of other beasties that live in the ocean. But I also have anxiety, which means that on any given day I might be very frightened of being late, of choosing the wrong thing to eat for lunch, of dying alone, or of leaving the oven on accidentally. Fear is a close friend of mine, and though it might make me show up for a book talk three hours early it also drives me to be punctual, hard-working, and polite. Iâm learning to find a good balance where fear is concerned, because itâs not always a bad thing to be afraid.

7. Who is your favourite fictional villain?

My favourite fictional villain swaps and changes a lot, but Javere from Les Miserables is always a constant. I like his rigidity, his desperate belief that he is in the right, and his inability to compromise his ideals with reality. His black-and-white thinking is his own undoing, as well as a danger to the protagonists, and I think that rings true. I tried to capture a little of his spirit for Jonathan Barnett, the antagonist in Devilâs Ballast.

8. You can invite five people, living or dead, to dinner ? who makes the cut?

If Iâm inviting five people to dinner, itâs probably either my five family members or my D&D group, so Iâm going to cut them out of the running for the sake of this question. Iâm also not inviting Anne Bonny, because you know that girl is going to get drunk and start a fight, or dance on the table and break all the plates. So Iâd invite people I want to write about. Jennet Device. Grace OâMalley. Nathaniel Mist. Lambert Simnel. Anne BrontÃ«. 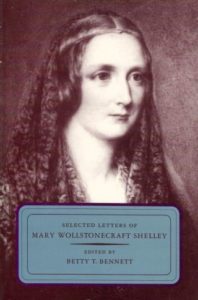 I love Austen and BrontÃ«, donât get me wrong, but Iâm going to have to add an option here and go for Mary Shelley, Queen Spooky Bitch.

Iâm working on a book set in early 17th century England, about two bizarre witch trials and a young girl named Jennet Device. Itâs a historical fantasy. Itâs early stages yet, but so far it is Spooky and full of demons, so Iâm having a lot of fun.