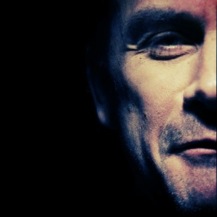 As well as being in the running for the Most Intriguing Opening Sentence Award, Michael Marshall Smith is one of the Fearie Tales authors. Today he chats about Little Red Riding Hood, the eternal verities of human nature, and what fairy tales offer readers.

IâM GOING TO tell a little fib to start off with. Donât worry â Iâll let you know what it was, later on. What I leave you with will be the truth. I promise.

1. What is the fairy tale you remember most from your childhood ? the one that made the biggest impression on you?
Unadventurous though it sounds, the one I probably remember best is LITTLE RED RIDING HOOD. There’s such a lot of tension in that story taking simple, known elements and making them very unnerving.Â

2. Is there a natural link, do you think, between fairy tales and horror?
Horror, more vitally that any other genre, has always been about reflecting the world we live in – both the eternal verities of human nature and shifting cultural states of play. Fairy tales have also always provided clear insights into what we’re like as a species, how we behave and the kind of things that happen in our world… and so yes, the link is strong, not least as both are rooted so firmly in the uncanny.

4. What do you think the fairy tale form offers to writers and readers?

In addition to providing a wealth of emotional resonance, it’s also a little like casting a famous actor in a movie. He or she brings a lot of recognition – which you can either use, or play against.Â

5. What is your favourite fairy tale trope/motif/element/character with which to work?
I’m new to the form… and don’t have one yet ð