New words for the Tallow-Wife collection 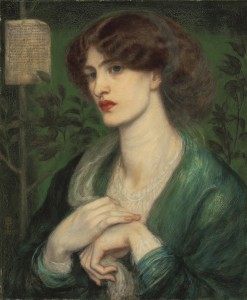 Now that I’ve sent the last story for our collection back to Lisa, I can return to The Tallow-Wife stories.

I have one scene left to write for “What Shines Brightest Burns Most Fiercely”. Here are some new words for it:

He hitches his most charming smile to his lips, takes quiet steps – but not silent, he does not wish to frighten her – and collects the deep red bath sheet that is lying on the bench closest to the pool. He holds it up so it covers his attire, so she will not realise immediately that he is not a servant; the dimness of the room will help. He need not worry, she sees him but does not pay attention. She takes his presence for granted, assumes he is here to tell her something, bring her something, do something for her. She walks into the bath sheet, and this close he can see her eyes are lavender-hued, large. He wraps the thick fabric around her, holds tight for she is not much smaller than he and he suspects she has a peasantâs strength. When it becomes clear to her that sheâs been swaddled, she looks askance at him.

Â Â Â Â Â Â Â Â Â Â Â  Memories and emotions rush into him, pressing down on who he is, compacting everything that makes Jacopo, Jacopo. Sedimentary layers of feelings, years of yearning, hurt, thoughts of Amandine that ache, ecstasy and exaltation run like mercury through his mind ? and body is changing too. His cock shrivels and pulls up inside him, his hips broaden, his legs shorten, his chest is heavy with tits so big he doesnât know how the woman – Ilse, her name is Ilse, he picks that out from the rising swarm of new information – manages to balance.

Â Â Â Â Â Â Â Â Â Â Â  When the changes are in place, when his own mind reasserts its dominance over the stray recollections, the weak second-hand knowledge, then he stands. He finds her clothing, a dress of green and gold, crumpled on the floor not far away, next to a pair of bejewelled jiffies in soft leather. He puffs out a breath and undresses, folding his own attire neatly on the bench. He looks down at Ilse, surveys the fountain room, lights upon the steam hut. He must hide her somewhere in case someone comes in looking for her; he cannot have her form for too long, not beyond a second hour or she will perish, disconnected for too long from her own essence, her own grounding.

This entry was posted in fairy tales, News, On Writing: General and tagged Jane Morris, Rossetti, the tallow-wife and other tales, What Shines Brightest Burns Most Fiercely. Bookmark the permalink.