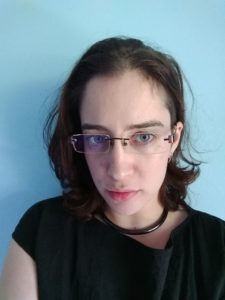 Rivqa Rafael is a writer and editor based in Sydney. She started writing speculative fiction well before earning degrees in science and writing, although they have probably helped. Her previous gig as subeditor and reviews editor for Cosmos magazine likewise fueled her imagination. Her short stories have appeared in Hear Me Roar (Ticonderoga Publications), The Never Never Land (CSFG Publishing), and Defying Doomsday (Twelfth Planet Press). In 2016, she won the Ditmar Award for Best New Talent. When sheâs not working, sheâs most likely child-wrangling, playing video games, or practising her Brazilian Jiujitsu moves. She can be found at rivqa.net and on Twitter as @enoughsnark.

1. First of all, what do new readers need to know about Rivqa Rafael?

Like many writers I know and love, I donât write in a single genre. Maybe Iâm still âfinding my voiceâ, but I have no desire to settle down in this respect. Right now, Iâm writing mostly cyberpunk and steampunk, with the occasional dystopia, but sometimes I write horror and fantasy. Just accidentally; it could happen to anyone. I recently flipped an urban fantasy to far-future cyberpunk, so nothing is safe.Â  Most of my protagonists are women, many are queer, and some are Jewish (write what you know, right?). Theyâre usually doing something cool or brave or foolish; if thatâs appealing, please check out my work.

2. What can you tell us about the new anthology, Problem Daughters?

Problem Daughters aims to provide space for the voices of marginalised women, those who arenât accepted in mainstream feminism because of who they are. This includes, but isnât limited to, disabled women, women of colour and religious women. We want thoughtful, beautiful stories and poems about what it means to be a woman whose very existence is deemed a âproblemâ by many. Our call for submissions (http://press.futurefire.net/p/problem-daughters.html) isnât open yet, but gives more details, for anyone whoâs intrigued.

Itâll be published by Futurefire.net Publishing, and Iâll be co-editing it with Nicolette Barischoff and Djibril al-Ayad. Itâs my first time editing and publishing fiction, so Iâm already on a steep learning curve, but Iâm really enjoying the process so far. Weâre hoping to be ready to give people a sneak peek at WorldCon in Helsinki, and weâre crowdfunding (http://igg.me/at/problem-daughters) until 14 February so that we can pay our authors pro rates, and produce a gorgeous book. 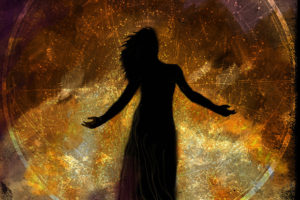 Itâs always hard to pinpoint the answer to this one! I often feel like my writing is the sum of everything Iâve ever read, rather than the work of one author, or even several. Plus, there are writers â Margo Lanagan and Sofia Samatar come to mind â whose style I admire, but am too intimidated by to ever try to mimic. I have the same feelings about Dan Simmonsâs Hyperion and Cat Sparksâs forthcoming Lotus Blue when it comes to intricate structure.

Zombies. No matter how overdone they are, and how many times I tell myself theyâre not real, something about them really gets me on a visceral level. Despite â or because of â that, I have written a zombie story (itâs flash, and out on submission at the moment). Iâm proud of the story, but unfortunately it wasnât an effective therapy.

This question is too hard. Way too hard! But if I have to pick just one, Iâll say PhÃ¨dre from Kushielâs Dart. Sold into indentured servitude by her parents, PhÃ¨dre becomes a courtesan both because she wants to, and because itâs a useful way to politically advance her adopted house. Sheâs smart, loyal, brave, and uses her not inconsiderable skills gracefully and unapologetically.

6. How do you balance the day job of editing with creative writing?

Itâs not so much balance as lurch wildly between one and the other. Between work and child-wrangling, writing often happens in snatches, with scenes scribbled down or tapped into my phone. On an ideal day, I get some writing in before I start editing, but I donât (and indeed canât) write every day. Letting ideas ferment and having space from my writing is really important for me. Plus, the medical writing I edit finds its way into my writing in sometimes unexpected ways, so thereâs some synergy there. 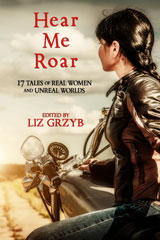 Indeed, I have started referring to my current WiP as âlonger workâ or ânovel/laâ. Itâs a cyberpunk thriller about corruption, secrets and family (note that the tagline is just as WiP as the manuscript). Itâs been on the boil (admittedly, with lots of time off the stove) for more than ten years now. Itâs either a long novella or a short novel; I keep saying âthis is the last draftâ, then having more ideas. I hope this is the year I work it out, though, because I always have other ideas clamouring for attention.

That said, I donât write short fiction as practice for longer works; I write it because I love it, and I hope to continue that as well.

8. Can you recall the first thing that you read that made you think âI want to be a writerâ?

Not really. I started writing at a very young age, and made my parents cry with laughter when I plagiarised Star Wars extensively in a story I wrote when I was seven (the line âonly you could be so boldâ definitely featured). As an adult, my drive to write has ebbed and flowed with circumstance, but as a child, it was an unquestionable part of who I was. It was the only endeavour that I was consistently encouraged in (compared with art and music, where I have battle scars from unkind teachers), and I think that has more to do with the fact that Iâm here, after a couple of reboots, than any particular work I read as a child.

9. You get to take five books to a desert island: which ones do you choose? 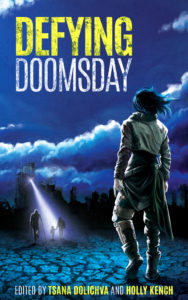 I only very rarely reread books these days â so many books, so little time! So, to start with, a couple of things Iâve been meaning to get to: Octavia Butlerâs Xenogenesis trilogy (I can cheat and have the Lilithâs Brood omnibus, right?) and N.K. Jemisinâs The Fifth Season. A giant anthology of spec fic would be nice to have, but there are way too many good ones to choose from! Iâd take Pride and Prejudice for comfort reading, and Iâd need some sort of survival guide to keep me going on this desert island, as I have few of the skills Iâd need to actually stay alive.

10. Whatâs next for Rivqa Rafael?

Problem Daughters will keep me busy for a while. I donât expect to get much of my own writing done until the end of January, when my kids go back to school, but Iâm raring to go on short and long works, as well as the anthology.