Tales to Terrify – Harry Markov is in the house 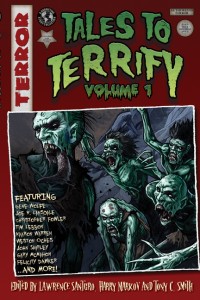 Where is the Horror? The Horror is Everywhere!

I have been thinking about horror in my country for quite some time. Seeing how Halloween is coming soon and I’m preparing for the launch of Tales to Terrify, Vol. 1, it’s hard not to think about horror on a much larger scale. The word horror has always evoked images of creatures, which certainly belong in the dark streets of a Western city. Werewolves, zombies and vampires would seem pretty exotic where I live. Creatures and monsters, spells and hauntings are out of place in Bulgaria.

Bulgarian culture lacks a conventional tradition in horror storytelling, supernatural at the very least, and it’s an absence so natural and in line with the current Americanization of Bulgarian culture, I only saw it after I was invited to review a Bulgarian horror movie for a feature. It was on Facebook and I recall laughing my ass off and typing in something of the sort âI’m sorry, but we don’t have horror movies in Bulgarianâ. I don’t even remember why I thought this hilarious. It was just obvious to me that Bulgaria doesn’t have any horror movies…

Than I stopped, took a double-back and thought âWait, what? How the hell is it that we don’t have any horror movies?â I tried to think about horror writers. Nope, we have none published and celebrated like King is in the English-speaking cultures. The root of the problem goes further. Apart from me, nobodyÂ  I know tells horror stories about monsters and ghosts and anomalies and I do so in the privacy of my home with my sister as an audience (she enjoys it, I swear). Why don’t Bulgarians tell horror stories? 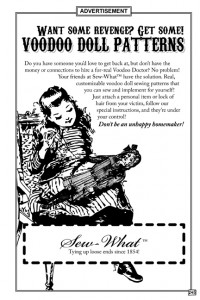 Then of course, I realized that we’ve been telling horror stories all along. Sure, they have nothing to do with skeletal hands, cosmic tentacles or hordes of the undead, instead they are about the creative math of starvation, the very real fear of going out of your home and never returning (everything from being run over to kidnapped or randomly beaten to death) and the high mortality rate among medical facilities of any type. We don’t conventional horror stories told around camp fires or Halloween specials, because living in Bulgaria means to be the protagonist of the cruelest survival horror.

The rules are simple. You do what you have to do to cope and survive, but the worst part is that you do not get to win. The danger is never over. The horror never stops. If life is horror, then the horror stories are the fruits of catching up with friends and relatives at a cup of coffee, the hushed conversations in a restaurants and the secrets we share in the dead of night after the alcohol has loosened tongues. In a sense, Bulgaria, along with other countries with a similar economic and political profile, is perhaps the country with the strongest horror tradition.

The only difference is that horror has become a very corporeal companion.

GAME:Â You can be one of the lucky ten people to win a PDF copy of our anthology. All you have to do is find us on FacebookÂ or Twitter (@TalestoTerrify) and answer the following question: What scares you most? The most creative responses will receive the coveted PDF copy and will be featured in our first November show.

The game will end on October 31st, our official launch date. A like and a follow will be appreciated, but are not a prerequisite to enter the competition.

You can follow the blog tour on the following dates and sites:

Who is Harry? Harry Markov is a writer, reviewer, columnist and as of recently an 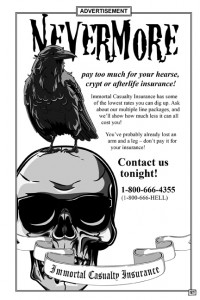 editor. Generally off-kilter, but most pleasant, you can find Markov sitting somewhere with fingers on some sort of keyboard. At the moment heâs finishing a Masters in Advertising and Media Communications and working as an SEO expert in a small firm in Varna, Bulgaria.

You can find Markovâs short fiction in The World SF Blog, Pandemonium: Fire and the upcomingÂ Arcane AnthologyÂ volume 2. He has made his editorial debut as the assistant editor for Bryan Thomas Schmidtâs anthologyÂ SPACE BATTLES: Full Throttle Space Tales #6.

His irregular blogging can be found on Through a Forest of Ideas (http://throughaforestofideas.blogspot.com/) and heâs available on Twitter at @HarryMarkov.

Tales to Terrify – the AnthologyÂ

Want to know more about TTT in bookish form?

This Halloween, October 31, 2012, fans of the chilly dark and terrifying will have yet another reason to cower beneath the sheets as the stories that are voiced weekly on the internetâs scariest horror spinning site rise up to haunt the pages of âTales to Terrify, Volume One.â âVolume Oneâ is the Parsec-nominated, horror podcast, âTales to Terrifyâ in book form. 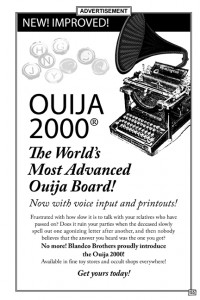 âTales to Terrify, Volume Oneâ will have readers on the edge of their sheets as the candles burn low.

Does the dark make you sweat a tad more than normal?Â  Do you ever wonder if that stranger on the street might be carrying a knife, all the better to carve you with?Â  Does the thought of the dead rising raise goosebumps on you?Â  If so, âTales to Terrify, Volume Oneâ will feed those fears and suggest thereâs more to come.

âJumbo Portionsâ by Christopher Fowler
âWet Dog Perfumeâ by Michael Penkas
âSeen Through Flameâ by Gary McMahon
âJust Around the Cornerâ by AlexeiÂ  Collier
âIn A Country Churchyardâ by Bev Vincent
âGod of the Razorâ by Joe R. Lansdale
âBread and Circusesâ by Felicity Dowker
âChairâ by Martin Mundt
âGrandmotherâs Road Tripâ by Cat Rambo
âIn The Dustâ by Tim Lebbon
âThe Last Few Days in a Life of Frostâ by Joe PulverÂ Â Â
âGreen Apples, Red Nailsâ by John Everson
âJust a Suggestionâ by John Shirley
âWorking for the God of the Love of Moneyâ by Kaaron Warren
âRat Time in the Hall of Painâ by Lawrence Santoro
âThe Short Go: A Future in Eight Secondsâ by Lisa L. Hannett
âThe Goosleâ by Margo Lanagan
âLost and Foundâ by Mark Morris
âAn Eye for An Eyeâ by 2001 Nancy Kilpatrick Â
âAll I Needed to Know I Learned in Piggy Classâ by Nicole Cushing
âBig Rock Candy Mountainâ by Weston Ochse
âBluebeardâ by Angela Slatter
âThe Tree is My Hatâ by Gene Wolfe

Forget the Ouija board, âTales to Terrify, Volume Oneâ is a direct link to the world beyond.Â  Do you have what it takes to be scared on the scariest day of the year?

âTales to Terrify, Volume Oneâ will appear in several formats including: