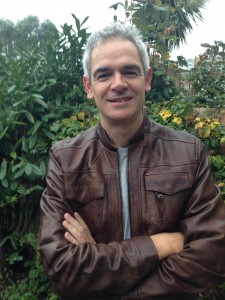 Cliff McNish, acclaimed as âone of our most talented thriller writersâ (The Times), has written numerous award-winning fantasy, SF, horror and supernatural novels for children and young adults. His initial fantasy series, The Doomspell Trilogy, was published in 26 languages worldwide. His 2006 ghost story Breathe was voted in May 2013 as one of the top 100 adult and childrenâs novels of all time by the Schools Network of British Librarians.

What inspired your story “Who Will Stop Me Now”?

Iâve always pitied Medusa. Perseus is such a sanctimonious ass. Heâs given every advantage, the gifts the gods supply him lay Medusa’s death pathetically easily in his lap, and yet heâs remembered … as the HERO. Uh-uh. Donât like that. And I just enjoyed the idea of a girl totally embracing terrorâs destination. Exulting in chaos.

An SF story I read when I was about 12. What appeared to be a boy walking with his father through an exhibition of aliens at a zoo. The last âcreatureâ turned out, of course, to be a real human boy â the last of his kind. Such an obvious switch, but as a kid I had no idea it was coming and was totally devastated. Iâve never been able to find out who wrote it.

Impossible. But Iâll name three I love: Steve Rasnic Tem, Melvin Burgess (not heard of him? He writes YA fiction, and his Bloodtide is one of the most impressive slices of pure horror Iâve ever read). Oh, and Iâve loved more than one Graham Masterton. His best passages are insanely good.

“Who Will Stop Me Now” is actually my very FIRST pure adult horror story. (We’ll, I have written one more, but itâs in my drawer.) Iâve written an adult comedy-horror film script, though, and an adult ghost script.

My 14 published novels so far are for 9-12 year olds and YA, but to be honest they are (mostly) full of horror. My novel Savannah Grey is about a girl who has a weapon in her throat, and is stalked by three monsters. Itâs outright horror. As (with a supernatural slant) are my YA ghost novels Breathe and The Hunting Ground. I do occasionally write nicer animals stories, though. Itâs nice to pretend you have a gentling aspect.

Iâm just about to start China MiÃ©villeâs short story collection Three Moments of an Explosion. His Perdido Street Station is often classed as âfantasyâ but is probably the most extendedly beautiful and accomplished horror novel Iâve ever read.