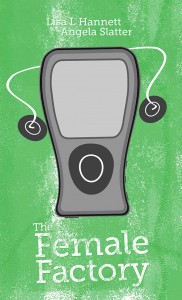 … also gained praise from the delightful Peter Tennant in Black Static #51 (and yes, you should still subscribe).

Peter says of the titular story, “The Female Factory”:

Finally we have title story âThe Female Factoryâ, which is set in an institution that is home to criminals, some of them no more than young children, all under the draconian rule of Matron Welles. While the staff jockey for position and pursue their own obsessions, including the doctor who experiments on corpses, a group of children combine to create a mother figure to head up their new family. This is a fascinating story, one that in its imagery touches on the Frankenstein archetype, and with the ups and downs of fortune that the characters experience is thoroughly engrossing. The Bridewell institution is a singularly minatory environment, a prison camp of sorts with its ownÂ 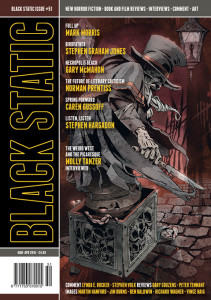 unique logic, with rules and regulations that it can be fatal to break, but at the bottom of it all, for the young inmates, there remains a smidgen of hope, a feeling that only the irrational can provide when all else fails. Ultimately, it seems to say, gender identity is what we wish it to be, something summoned forth by our own implacable yearning, and the mothers of our own devising will sometimes have more to offer than those inflicted on us by the tyranny of biology and social constraints.

Twelfth Planet Press might even have a few copies left.