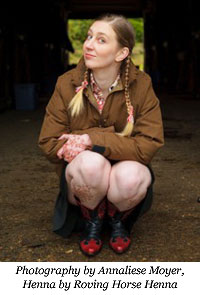 Liz Argall is a freelance writer, Clarion survivor, life model, writer of a comic books and a musical, and the possessor of a Bronze Ledger Award for Small Press of the Year for her anthology Dreams of Tomorrow. Her work has been published in venues as diverse as Meanjin, The Girlâs Guide to Guy Stuff, Eat Comics, Something Wicked. Here she adds a new dimension to the donut-danish controversy.

1. The sale which caused the most Snoopy Dancing was …
Whatever I’ve sold most recently! I try to celebrate everything and make every step
count. It’s very easy to be critical and very easy to minimalise things I’ve done. The main reason I have a website is to remind ME I’ve done anything at all, spelling stuff out is good for self esteem. It’s quite ego boosting to make lists of acomplishments although vaguely embarassing when other people share the delusion that I’ve done stuff. It’s also very easy to fear that the most recent sale will be the last sale ever.

2. The three most important things Clarion taught me were …
A lot of the value was the experience and process rather than anything specific. I loved that special environment and I loved my comrades (instructors and fellow students). To live in a space of words, ideas, creative experiments and critical thinking is amazing. It was a subtle, profound experience and gave me more than I could have imagined.

1) Clarity of perception and confidence of opinion – I can see with much greater precision what I think is wrong with a story and articulate my views.

2) The value of “pressing the real” and that I am obsessed with non human intelligences.

3) Just how much I could mature as a writer in 6 weeks.

3. Any truth in the rumour that you and Liz Gorinsky were separated at birth? Who has longer hair? Is there hair rivalry?
I was formed when Liz’s slush pile and unsent editorial notes threatened to topple Tor tower and were shipped to Maralinga for disposal. Slush and extreme radioactivity combined and the rest is history.

Liz has longer hair and she will always win, so there is no rivalry.

4. Writing a comic -v- writing a âstraightâ short story â which would you rather do and why?
That’s kind of like asking which do you prefer eating or sleeping? I don’t draw, so comics have a collaborative element that is always exciting. The collaborative component can also make things difficult (hence three unpublished graphic novels). Comics have taught me a lot. I love the focus, the visual poetry they demand.

It takes me longer to write prose, but I can also see it through from beginning to end. I had been away from prose for quite a while when I applied for Clarion. It was so exhilarating to sit down, write the creature, edit the creature and have a complete work! I can bounce around in people’s heads, focus the reader’s eye in very different ways when I’m working in prose.

5. Donuts (or doughnuts) or danishes?
Danishes… unless they’re turkish doughnuts. Turkish doughnuts dipped in caramalised Tahini sauce (The Baker Turko in Canberra used to do them. I don’t know if they still do, but man they were good.).

Her blog lives here and now I must go and find some Turkish Donuts.