And Then interviews: Sophie Masson 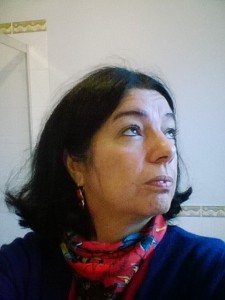 Today the lovely Sophie Masson talks about “The Romanov Opal.”

My story, âThe Romanov Opalâ, is inspired by many things: an abiding interest in all things Russian, a love of spy/mystery capers featuring amateur spy pairs (rather in the mould of Agatha Christie’s Tommy and Tuppence stories); and a visit I made some years ago to Lightning Ridge, home of the best black opal in the world, and a very colourful place full of colourful characters!

The And Then project immediately appealed to me because it offered an opportunity to really enjoy myself writing a story that was pure escapist fun! And so it proved to be!

3. What advantages does a long-short form offer?

The advantages of a long short form is that you have so much more potential to flex the story muscles, to really enrich the texture and enhance character, whilst not subject to the same pressures as either a short story or a full length novel. It is, I think, a very playful form–at least it was for me!

4. The future of short fiction is …

The future of short fiction is bright! There was a time when anthologies were hard to sell and people said the short form was dying … but that has changed completely and we’re seeing more and more anthologies around.

At the moment–and for the next three years!–I am working on aÂ  PHD in creative writing centred around a YA speculative fiction novel, The Ghost Squad, which I have always wanted to write but never had the time to concentrate on. I’m loving the experience so far! I have also had two picture book texts accepted by Little Hare, so they’ll be coming out in next couple of years, which is very exciting! I am also writing other picture book texts, and also, wearing another hat, as small publisher, working on our Christmas Press publishing list. There is never a dull moment!

Born in Indonesia of French parents and brought up in Australia and France, Sophie Masson is the award-winning and internationally-published author of over 60 books,for adults,young adults,and children. She is also co-founding director of Christmas Press, a small publisher specialising in beautiful picture books for children featuring retold folk and fairy tales,with a new imprint,Eagle Books, to specialise in adventure novels for readers 11 and up. Sophie is on the Board of the Australian Society of authors,the Small Press Network,and the New England Writers’ centre. She has served on the Book Industry Collaborative council and the Literature Board.

This entry was posted in News and tagged Agatha Christie, And Then, Clan Destine Press, Sophie Masson. Bookmark the permalink.