Meanwhile, over at Overland 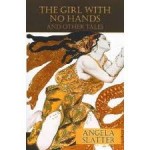 The clever and talented Rjurik Davidson (he of the wondrous Library of Forgotten Books) reviewed my collection The Girl with No Hands and Other Tales. Below is a snippet and the rest can be read here.

Few writers have burst across the Speculative Fiction scene in Australia with as much fanfare as Angela Slatter. Six or so years ago, Slatter began publishing a series of stories that garnered her immediate attention. She seemed to emerge fully formed, a writer instantly at the peak of her powers, offering lyrical, ingenious stories that seemed like a collection of so many rich chocolates. This âsudden emergenceâ was of course an illusion. For Slatter no doubt went through all the spurts and starts of growth before she began publishing, so that when she started to make her mark, it was as an already mature writer.

Interestingly â something I have noted in a review of Deb Biancottiâs collection A Book of EndingsÂ â Slatter could certainly have made her name in the so-called âliteraryâ world, for her stories are indeed literary in the best sense of the word, in that they show attention to the language itself. The deleterious effects of genre division here play out, for Slatter is better known internationally in the SF scene, but less well-known in the local literary scene. Her work is good enough to have been published in any of the local literary magazines, or any of the mainstream local publishers, but she has ultimately gone with the excellent Ticonderoga Publications,Â which for years has been producing noteworthy collections of Speculative Fiction.

This entry was posted in News and tagged ps publications, rjurik davidson, The Girl with No Hands and Other Tales, the library of forgotten books, ticonderoga publications. Bookmark the permalink.