Read Horror: The vampire is not himself 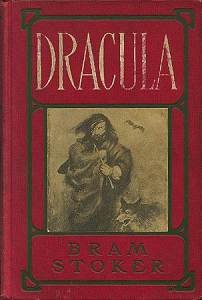 On the emasculation of the vampire … an excellent column by Simon Marshall-Jones over at the wonderful Read Horror.

I remember, many, many years ago now (over 35, if you must know), badgering my mother into buying me one of the now iconic Aurora model kits that were all the rage back then and, no doubt, the despair of parents. This particular oneâs subject was the Dark Prince of Transylvania himself, Dracula, and that, I think, was one of my very first encounters with Bram Stokerâs literary creation and my first meeting with the word âvampireâ. I also recall buying and reading a cheap reprint of the book, along with Frankenstein, published by the same imprint. I remember being simultaneously fascinated and terrified by the vampire â even then I realised that he was the antithesis of everything that being human meant and that therein lay his allure. Of course, I couldnât quite articulate that in the way I can now â had you asked me what I liked in particular about this creature, no doubt I would have shrugged and uttered the deeply enlightening âI dunnoâ.

Little did I know then that, a few decades hence and after more than a couple of false starts and devastating stops, I would find myself involved in the horror scene, where vampiresÂ  (along with their bedfellows zombies and werewolves) still have a major role to play. In the intervening years my fascination with vampires had waned considerably, although I stoked it occasionally by watching the odd vampire film. Iâve even met the occasional real-life person whoâs convinced theyâre an actual vampire, and theyâve quite unselfconsciously told me that they are (bless their little black cotton socks). I have also come across people who appear to be unhealthily obsessed with vampires too. However, in literary and cinematic terms, in the intervening period the monster has gone through all kinds of incarnations and re-imaginings, but all seemed to retain the essentials that constituted what Iâd grown up with thinking vampires to be: a nasty, amoral, predatory and thoroughly uninhibited creature who thought little of considering humans as nothing more than sustenance. The Blood is the Life indeed. From Bela Lugosiâs hammy overacted interpretation (upon which the Aurora model was based) through to Near Darkâs vagrant band of itinerant bloodsuckers, and from Christopher Leeâs HammerÂ  House of Horror version with its frisson of forbidden sex and similarly lustful undertones (heaving bosoms and all that), and onto the hybrid human/vampire motif in Blade (along with the particularly nasty vampires he opposes), this beast in human form has always retained an amorality (note: not an immorality â in their own way, vampires cling to a species of morality, albeit twisted, in our eyes at least) and a predatory instinct engendered by what is essentially a metaphor for a physical addiction â i.e. they need blood in order to survive. Plus, the vampire just doesnât care one jot about the humans he feeds on â theyâre nothing to him, just like ants are nothing to us.

Food for thought! The rest is here.

2 Responses to Read Horror: The vampire is not himself