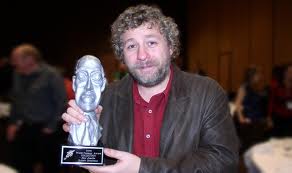 What could be better than a bonus interview from The 2nd Spectral Book of Horror Stories leading light, Mr Rob Shearman (also, coincidentally, one of my favourite people and writers)? The answer is: Nothing. Nothing could be better.

Rob’s hobbies include collecting World Fantasy Awards, Sony Awards, Shirley Jackson Awards, British Fantasy Awards, as well as multiple shortlistings. He deserves them all. He is the author of the collections Tiny Deaths, Love Songs for the Shy and Cynical, Everyone’s Just So So Special, Remember Why You Fear Me, and They Do The Same Things Different Here. He’s written for stage, radio and TV (yes, including Doctor Who) to much acclaim.

The Times Literary Supplement called him (or his work, at least): âWildly inventive and chilling. Shearman proves himself a master at transforming our deepest fears into new and wholly unexpected forms.â Mark Gatiss called him “an addictive delight.” I just like to call him “Rob” because he answers to that.

What inspired your story “Lump in Your Throat”?

Well, not to sound too gloomy, but – there’s been a lot of death around me the last few years. Rather too much of it! In the most appalling and selfish way, a small amount of death on the periphery of your daily life can be rather helpful to a writer – you can go to funerals of distant relatives or people who were friends of friends, and observe. But it’s different when it’s close to you, of course, and different when there’s suddenly just such a lot of it. It eats away at you a bit.

My sister and I had to arrange my father’s funeral. And one of the things that struck us was that there’s this awful process in which you tidy up a person’s life for public consumption – we were answering all sorts of questions about what sort of man he was for the woman delivering the oration, and at the end of it the picture that emerged of him was so very bland and nice – a bunch of facts that had little to do with what he was like as a person. And I began to wonder why it was that death always transforms everyone into niceness – all the complexity of who we are simplified, all the rough edges smoothed over. And I thought – where do all the evil parts go? If we’re only cremating the nice bits, isn’t all the evil left over somewhere? What if the evil just carries on, somehow, surviving when all the goodness is stuck into the coffin?

That’s when I got the idea of an ordinary decent man dying, and a little homonculus version of him bursting out of the throat of the corpse – everything in him that was cruel and crass and abusive – so he could live on and tyrannise the widow forever. And the idea, too, of people sitting at funerals, all secretly knowing they have some remnant of their spouses still alive and hidden from view inside their handbags where they can be fed peanuts. It’s obvious, when you think about it. 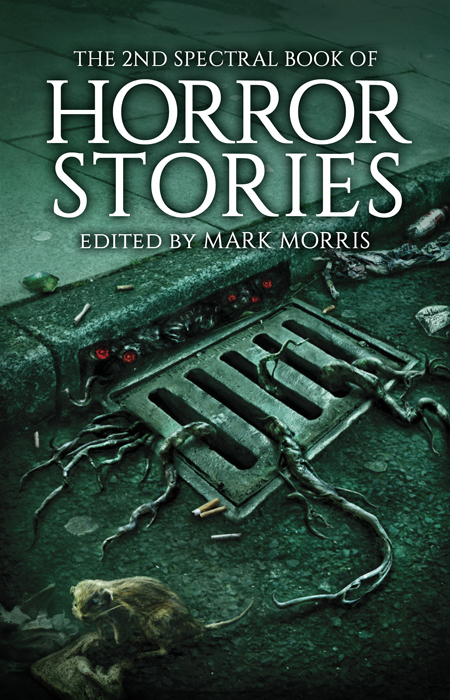 I was very frightened of horror as a kid. In fact, I don’t recall ever consciously reading anything that was proper ‘horror’ until I was in my late twenties. I used to go shopping with my mother as a child, and I’d see all these lurid paperbacks in the department stores, with covers showing skeletons or women’s heads on spikes. Just the pictures would freak me. I once was so frightened by the cover of a book that was in my house my parents had to remove it from the house, because I wouldn’t sleep whilst it was under our roof. I knew there was something evil about it. It wasn’t even that horrific a cover – there was a skeleton of a Roman soldier, but his skull was several times bigger than it ought to have been. But the dissonance of the image terrified me. It’s what always gives me chills – not gore (which is unpleasant), not the threat of violence (which is exciting and dramatic); it’s the dissonance.

My earliest memory was finding Roald Dahl traumatising – because he was never marketed as horror. I saw Gene Wilder as Willy Wonka – and I knew, as every child properly knows, that the brats who get shown around the chocolate factory are being killed off one by one. To make the parents feel good we see at the end of the movie that Veruca Salt and Violet Beauregarde et al aren’t dead – but as children, we knew that was just a sop to make the adults feel better, they were dead, they were properly dead, and killed in the most disgusting of ways. For a little boy who always strayed towards plumpness, seeing Augustus Gloop get sucked up the tube from the lake of chocolate was one of the most horrifying things I have ever seen. Nothing I have ever seen since, or read – or for that matter, written – has ever been as nasty as that.

I went on to read Roald Dahl properly, of course. How could I resist? In prose form he’s even more unnerving, because his comedy is so cruel. And the Vernicious Knids from the underrated Charlie and the Great Glass Elevator were, to a seven year old, more terrifying aliens that anything Ridley Scott could dream up.

A few years ago I was staying in the house of writer Mark Morris, and I saw that he had that the book whose cover had so freaked me as a kid. He kept it in his toilet. Mark loves horror books. He keeps them everywhere. I hadn’t seen it in years, and I took it off the shelf to see what I’d found to make such a fuss about. I actually had to hold back a shriek – it still got me. And I dropped it. It fell into the toilet bowl. I had to dry it out. Don’t tell Mark.

I’m very lucky to know and to work with a whole bunch of horror writers who are as clever, ingenious and (dare I say it) moving as anyone who’s ever written for the genre. It’s the joy of doing conventions – the world over, you meet brilliant people who inspire you. I have written introductions to three writers’ short story collections over the last few years, and they’re the three I’m going to choose. I do get asked to introduce books once in a while, and – no offence to anyone else – the trick is only to go for the writers you secretly think are actually much much better than you are. Angela Slatter, Helen Marshall and Nina Allan are so good that I not only get that wonderful thrill of awed pleasure when I read them, but I also start to question – how on earth are they able to pull that off? Their stories feel so new and bold, that you’re going into uncharted territory, and that from the moment you pick up one of their books you have to throw away the maps you own. They are absolutely astonishing, I always get so excited to read something new by them. I feel privileged not only to know each of them as a friend, but as an eager reader, wondering how they’re going to bend my imagination this time.

Honestly, I’ve always seen myself as a comedy writer. It’s where I started twenty years ago – writing these strange black comedies for the stage. Everything I write, whether it’s in prose or intended for performance, starts out with the hope I might make someone laugh. Over the years, maybe, my sense of humour has got blacker and blacker – I think the border between comedy and horror is a very narrow one. Â I like prodding at that border – pushing and pushing to see where the laughter stops, that point when everything breaks, and there’s nothing left but something like madness.Â I write all sorts of things – a lot of them aren’t speculative at all – but I think what they all have in common is I have a rather skewed look at the world. It’s a very odd world. We should celebrate it. And condemn it. And laugh at it. And be repulsed by it. Sometimes all on the same page.

The last half year I’ve been a judge for the World Fantasy Awards. It’s been an honour, and a fascinating experience – but there is a joy now in being set free, and being allowed to read what I want to read, at random, with no purpose! For comfort I usually retreat into nineteenth century French literature – no, really, the novels are amazing! So right now I’m hungry for a bit of Balzac and a smidgen of Zola.